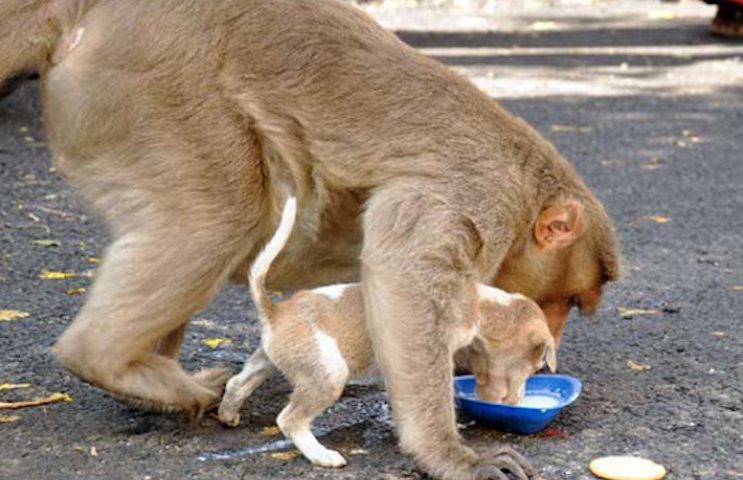 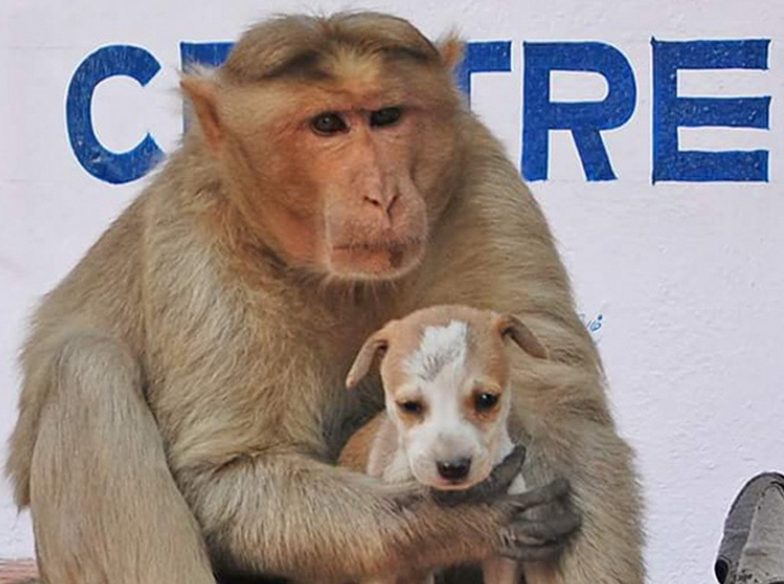 The monkey living in one of the cities in India became popular on social media looking after the pet which did not have home. The pictures of the creatures were posted on the Internet by a resident Sanjai. The caring monkey decided to defend the pet and be always by its side. The monkey keeps the other animals away from the little one springing with the baby to and fro.

The caring animal feeds the dog with fruits for example grapes. When passengers gave milk to the pair the monkey let the small one drinking it. People say that there was special connection between them. And they also supposed that the monkey lost its baby that is why he was looking after another one. It is fond of the small puppy very much. 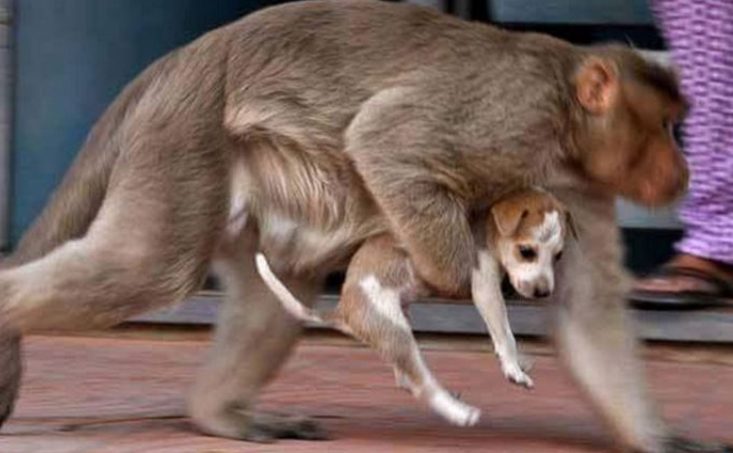 Rhesus monkeys are one of the usual species on the earth. You can encounter them in India, Pakistan, South China. They also live in towns with groups. For Indians they are holy ones. The duration of their pregnancy is164 days. So the mother is very attentive to its infant.