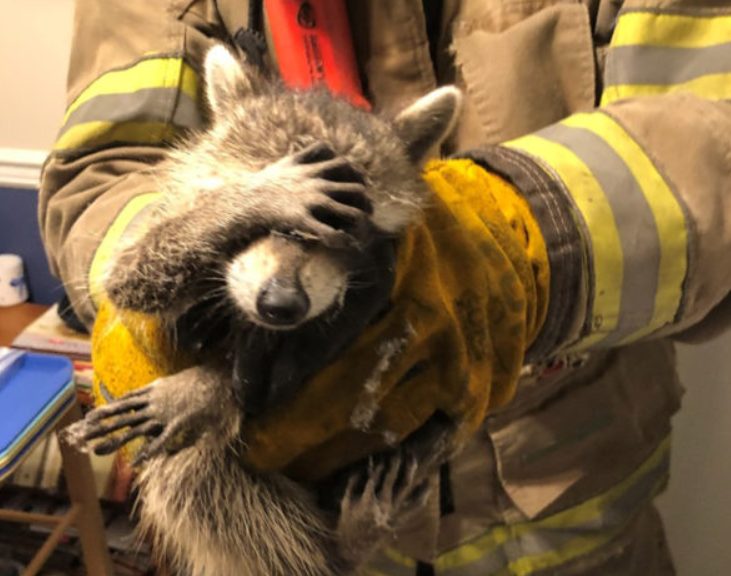 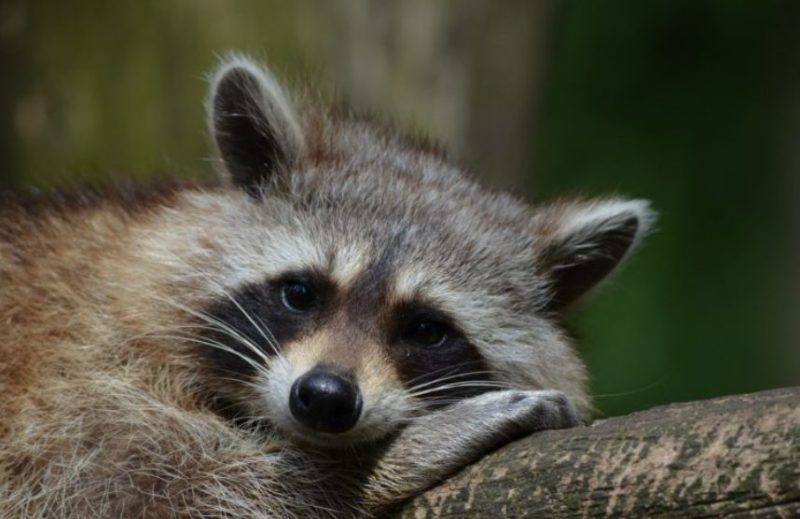 Some days ago the employees of fire station got a call in Georgia that there was an animal who should be saved. There had been other times that the employees rescued animals but it was a surprise for them to know that it was raccoon. They were really amazed and also wrote about that case on social media as they may save for example a cat climbing on the tree but not hear about a raccoon. 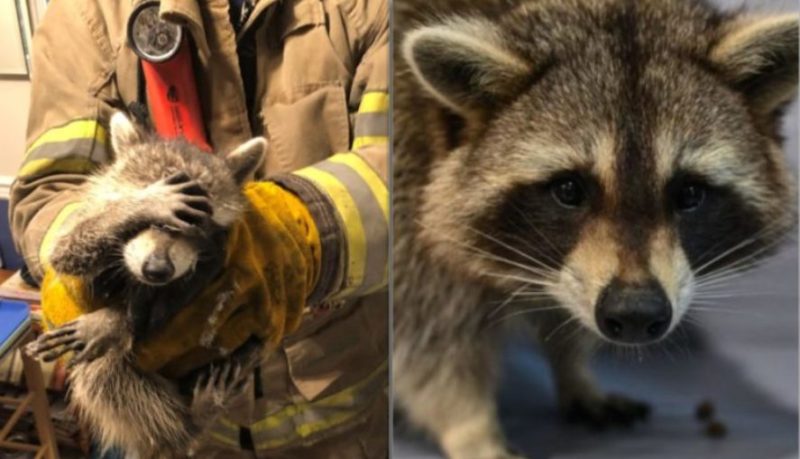 Because of its expression the photos were spread all over the Internet. It was looking at the camera as if telling it was sorry for what it had one. It had entered one of the houses to catch some food. So we can assume that the cute animal understood its mistake and would escape of those scenes.