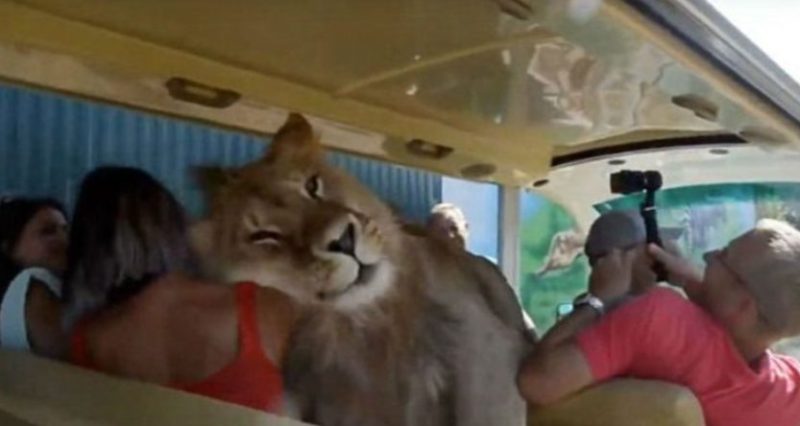 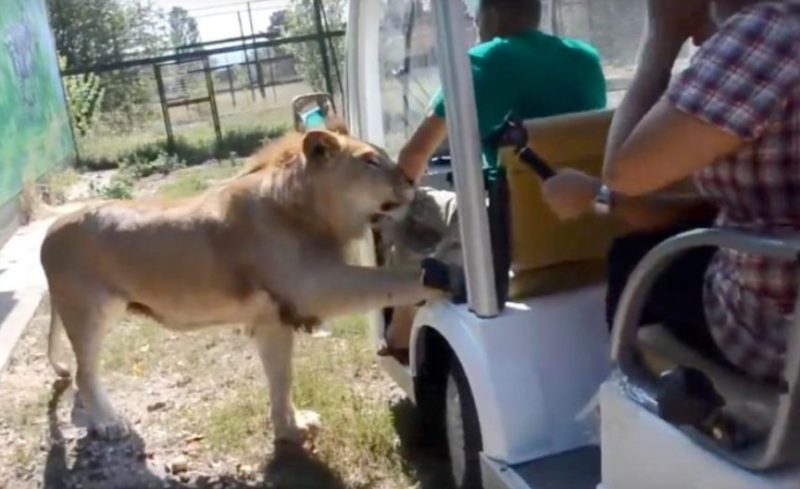 Most people will fond of hugging animals if not they are big. For example animals from wildlife are threatning and the wish to approach them will not be a good idea. So maybe we should not have in our mind even to cuddle them. In this article we will see that even animals can behave themselves in a friendly manner and show care.

A lion springs in a car where tourists were sitting and shows a gentle action. In Crimea when a lion saw a car full of tourists it decided to come close. It was named Filya. It sprang to the car and started to hug the tourists who were shocked. The animal did not attack and did not show an anger but on the contrary. The big animal was so nice to the people inside. 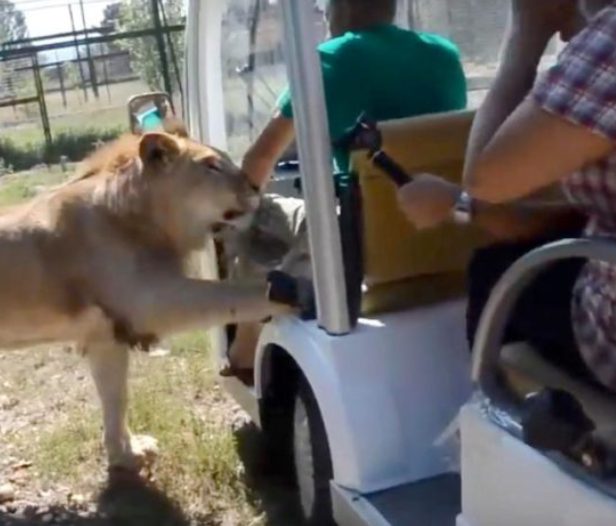 It was asking just for some more hugs and care. The tourist got accustomed to the presence of the wild animal. Some people even managed to be photographed with the hero of the day. It may sound unusual but in this place animals are allowed to communicate with people. But we should remember that in each case we should be cautious.