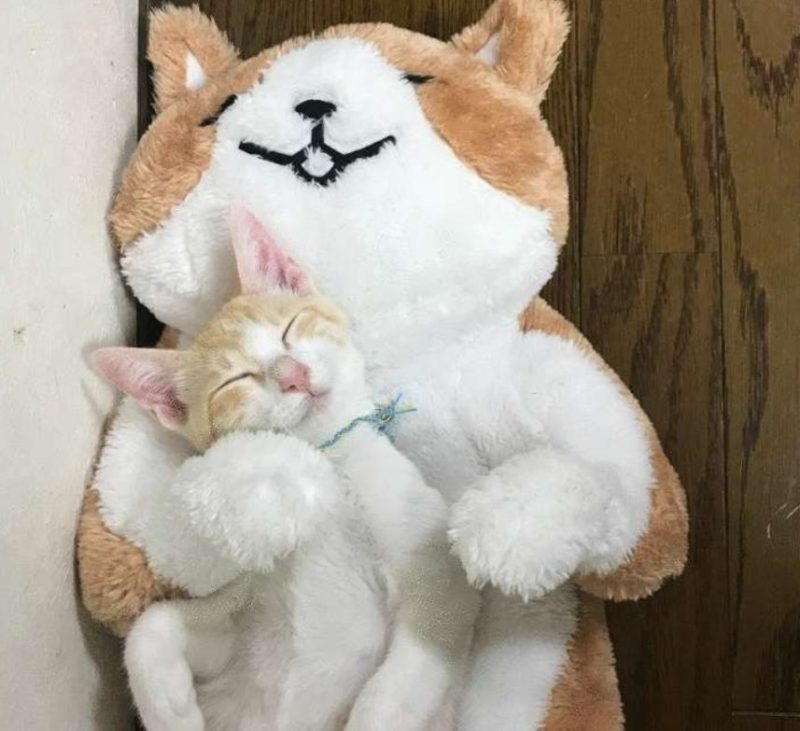 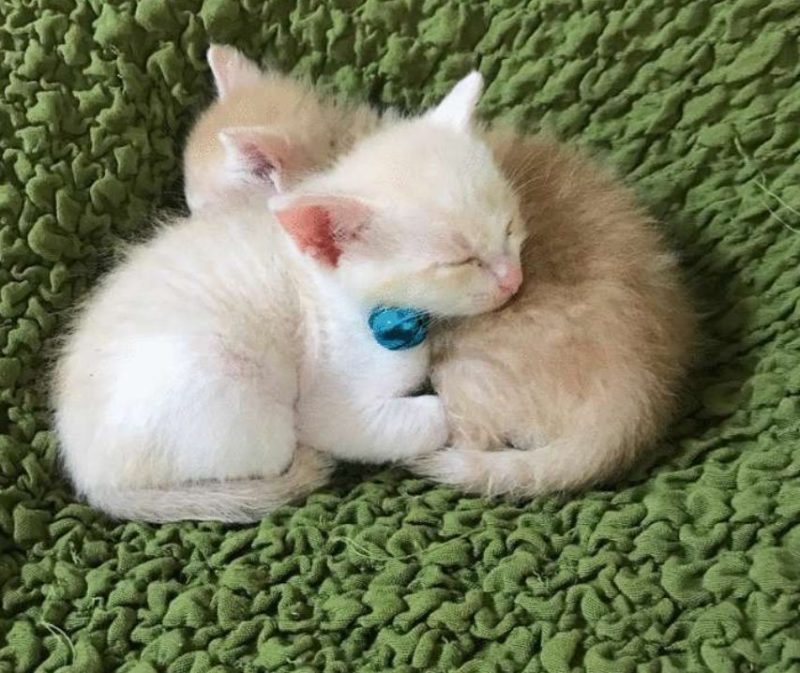 A resident from Japan knew that two cats were going to be put to sleep if no one saved them. She rushed to the refuge not let it happen. The kitties Haku and Koi were too small. They had little weight.

They were not fed in a proper way but managed to survive. After some time the kitties were feeling better and were inseparable from one another. Their owners Midori and her husband saw that cats needed their mummy. 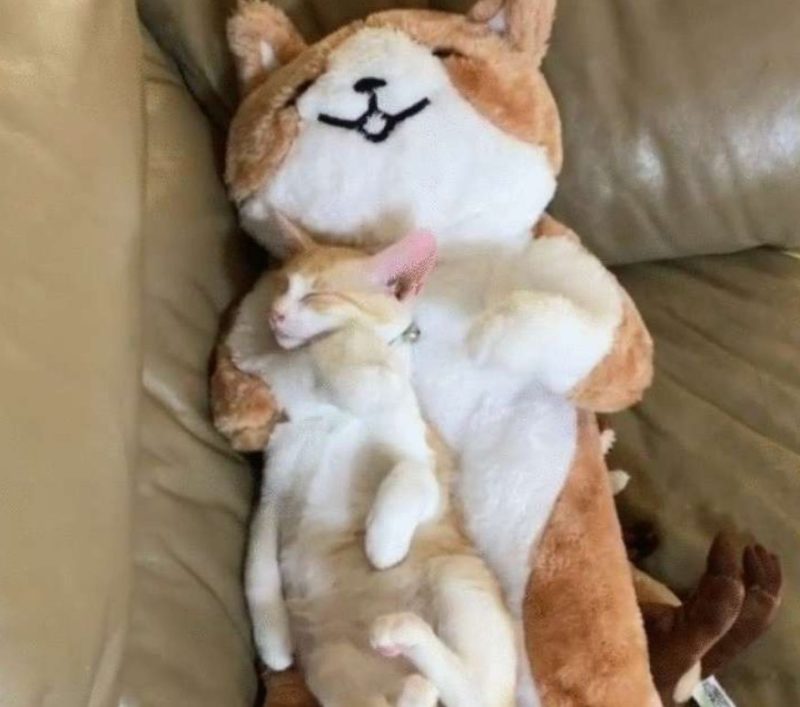 They decided to bring a soft big toy as replacement. When the little pet noticed the toy it started to get in its arms. As if it felt protected beside the toy.