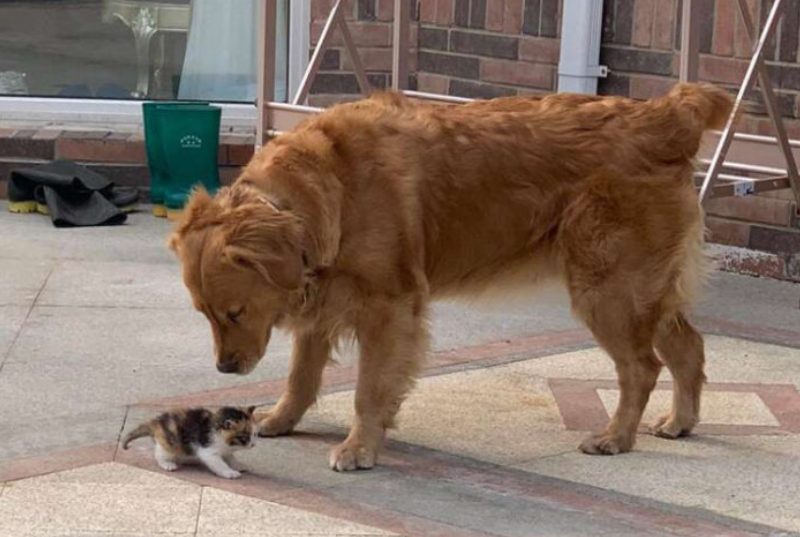 Two pets loved the tiny cat from the first day and started to look after it. 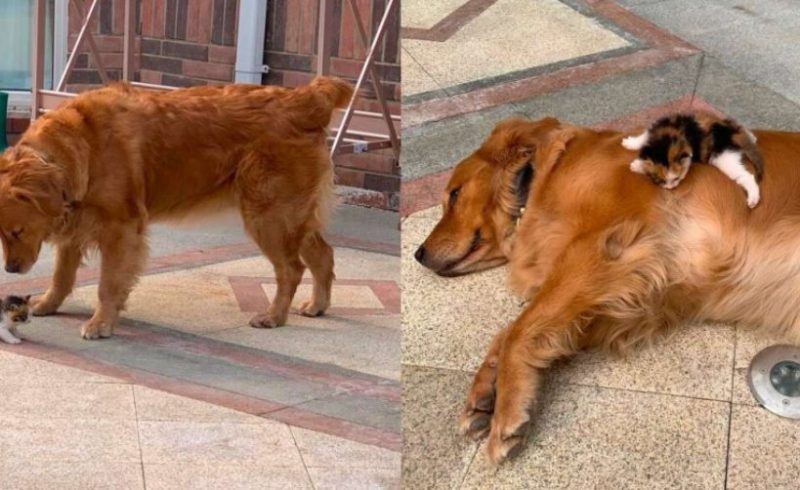 Zach and his girlriend were thinking that their family was not full even they had two dogs but once they liked very much a wandering cat from the first day. They are proud of their pets Tang and Cream. The dogs get along with each other and are true companions. But it was a surprise for them to see a new member in the house.

One day when walking through the streets they both had a stop and were watching attentively to the same direction. The voice of the cat could be heard near. The dogs found a tiny kitten which was almost newborn. It was grimy and was left alone, it needed assistance. The owner was afraid that his dogs would attack the baby but they were acting very gently. 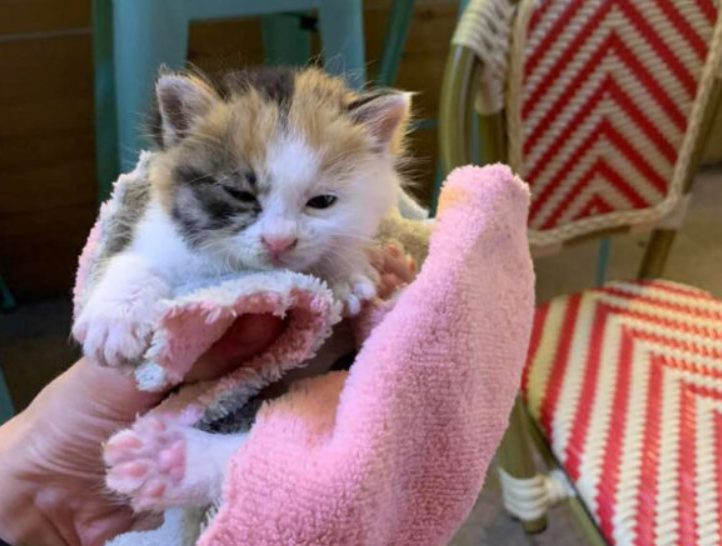 On the contrary the pets were comforting the kitten. As they have been familiars who had not seen each other for a long time. Zach took the cat to his house. It was washed, fed. A comfortable place was also prepared for it to relax. Due to them the kitten day by day was becoming energetic and active.