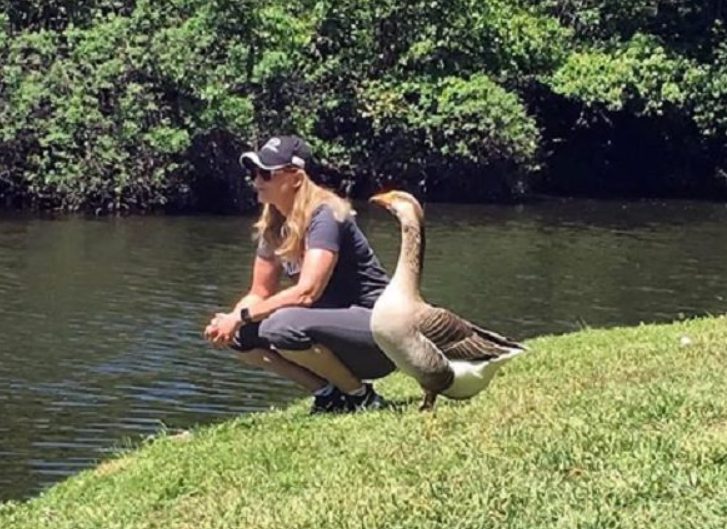 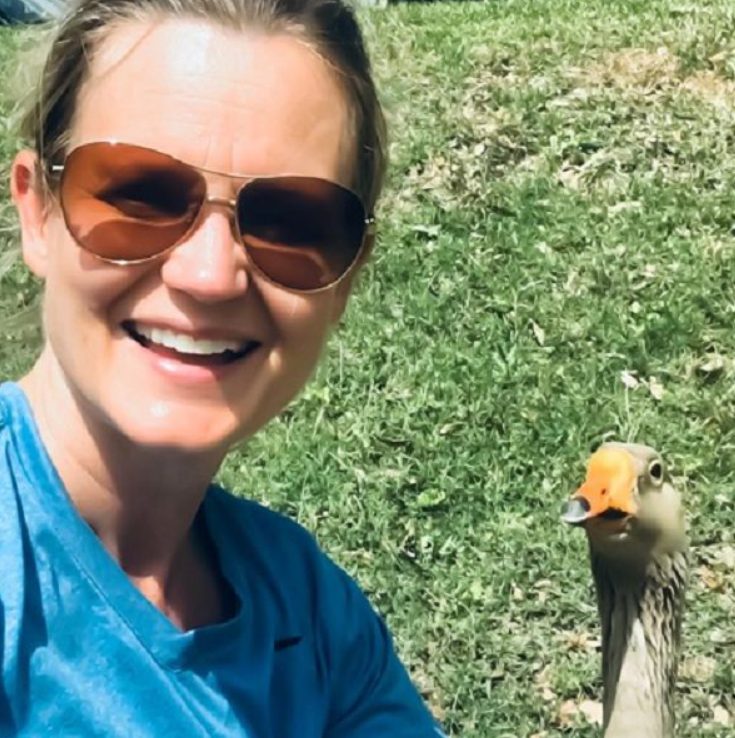 Once going out for fresh air a woman with the name Cheryl met a large waterbird. It behaved itself as if it knew the woman. It was walking beside the woman and was not scared.

Later the woman knew that the waterbird had an owner and grew up at home. The bird thought that Cheryl was its holder. But soon she got used to it. Not seeing her familiars she got a new companion. 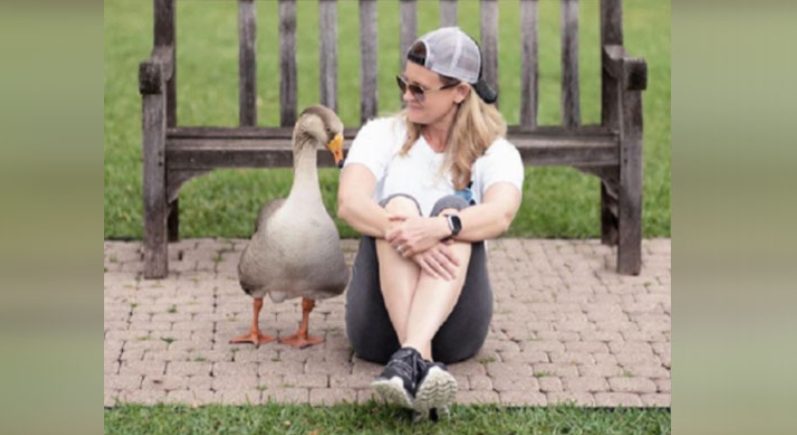 She could not take the bird home but would like to meet the bird for several times. As if they could communicate without words. Even they appeared on network.