Darius, inhabiting in the USA, is fond of nature. Once he saw the baby deer was born which occurred near his house. Later he saw that one of the babies had injuries and was not able to walk and to go after its mummy. The deer mummy left its injured baby and went with another one. 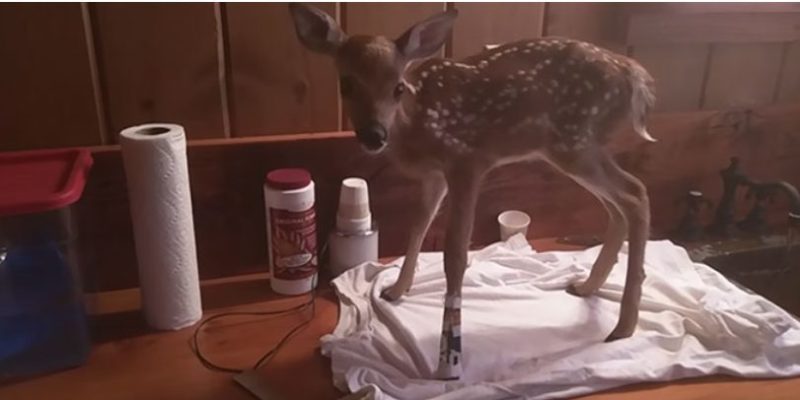 Darius had to take the young deer to his house and cure, even he did not want to keep wild creatures. He realized that the small deer if being along could be a prey for wild nature and would not be able to survive. The front limb fortunately was not broken but it just had injuries. After being examined the man fed the deer with milk every 3 hours. He was doing best in order the baby animal was recovered as soon as possible and it felt herself convenient.

Day by day the deer was feeling well and it has managed to make friends even. Its companions were two cats and two dogs. Gradually it was looking healthier. The deer was cured and it could be have been released to a nature. But as the deer was connected with them it did not want to go. It was going after Darius just instead of leaving. Later the deer joined its family and they seemed to be happy.