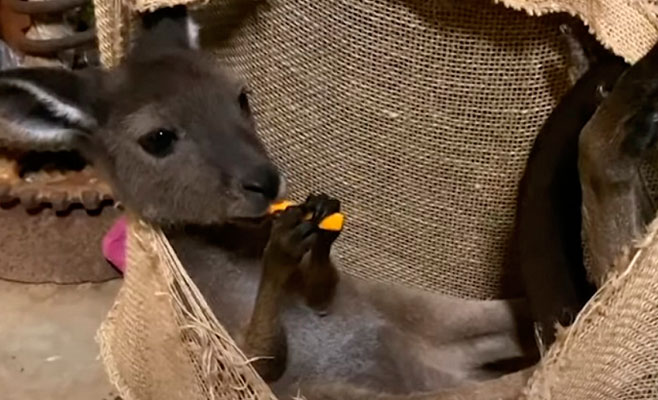 There was a little kangaroo, which was abandoned when she still was a baby. 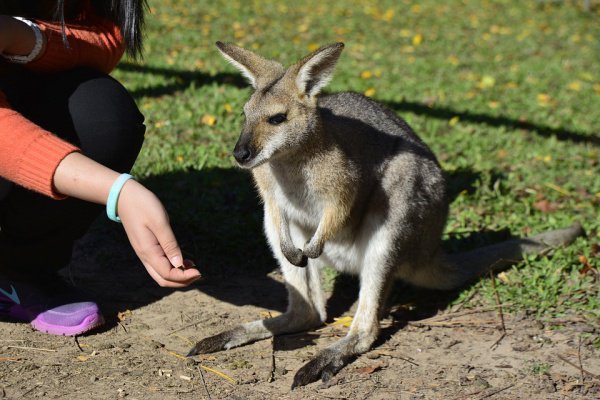 It’s a good thing that some kindhearted people found her and helped her to grow. It’s terrible to imagine what would have happened to her without the girl who became her adopter and also a soulmate.

A young girl from Australia was a real nature lover and had many pets, but it was her first kangaroo friend. 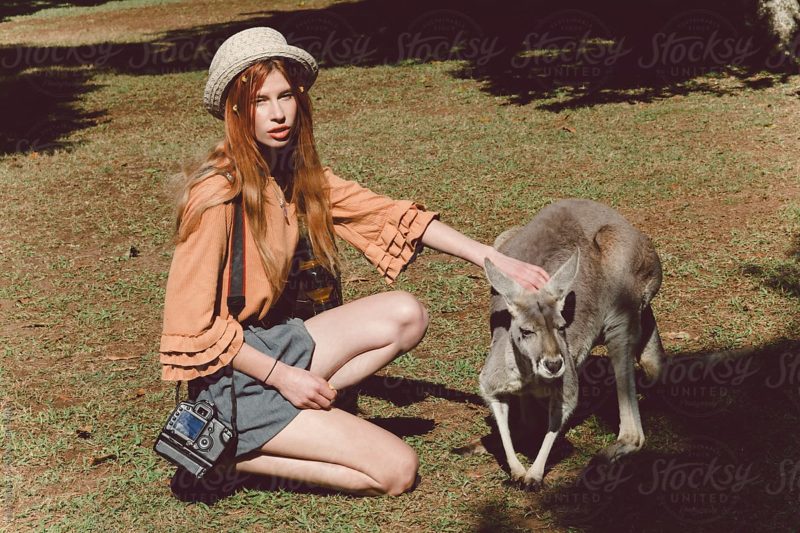 That is why their relationship was absolutely unique. The girl was really careful with the baby and took good care of her.

Kangaroo slowly became a good friend with a little collie and started to get some of the dog’s habits playing with him. At that time the girl was concerned and helped her to keep natural behavior for kangaroo.

So she took the kangaroo to the wild, where she could get used to her relatives and play with them. Our little heroine is satisfied with her life and her owner. Even though she lives unusual life for a little kangaroo, she still remains her natural self.