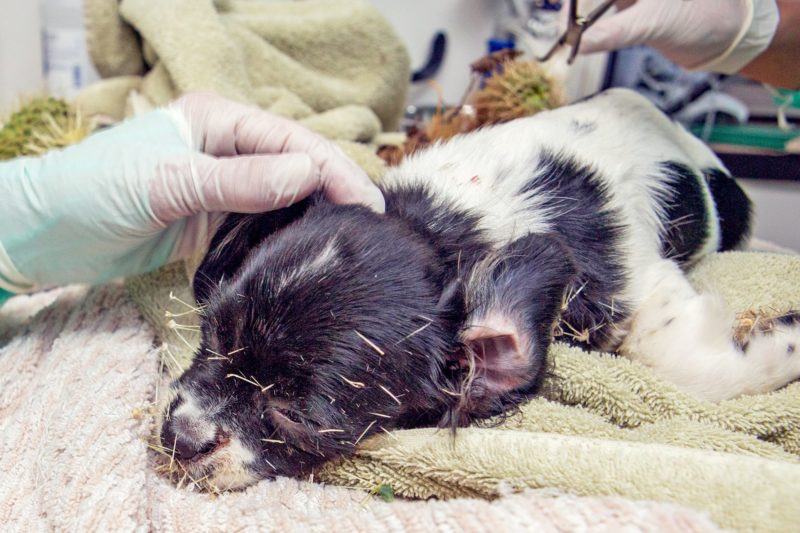 A painful meeting happened last month in Arizona. A little Chihuahua met with a touch cactus and hurt all of the body. 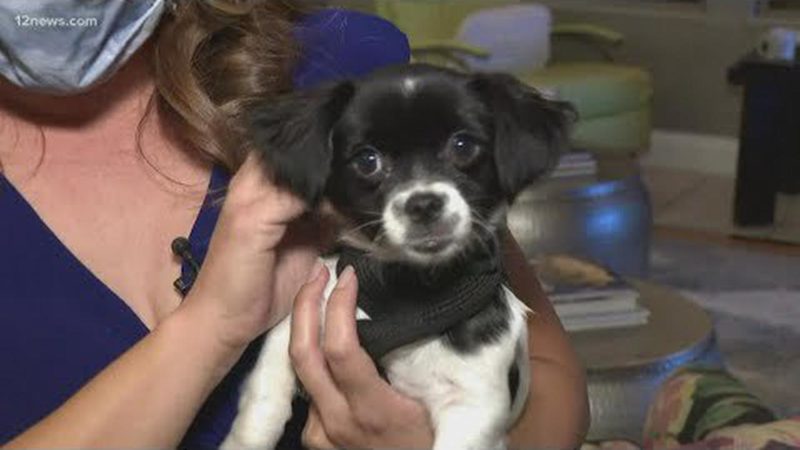 The face and body of the baby were covered with sharp spines. What a terrible pain.

The baby was only five months old when the case happened, but luckily, a stranger didn’t pass by and help him. He took the puppy, who was later named Charlie and gave him to shelter staff.

A group of volunteers paid for his treatment. 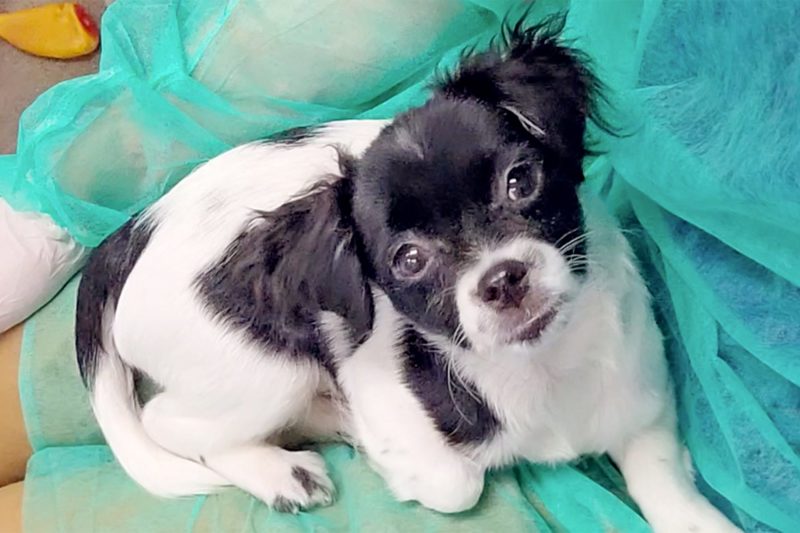 Finally, he went through proper medical treatment. He received a sedative which eased the pain, and the vets carefully pull them out.

The procedure was quite intense and the doggie was very small and the spines were huge and all over his body. After the procedure, he stayed there for 2 days, as it was crucial for the vets to take care of him and be attentive, as there might be wounds that could get infected.

Once the doctors saw that the baby was going into mend, they have him a temporary house and a loving family.

Soon he was sent to the center for adoption, where he could find a forever home.

Thanks to the stranger who was not indifferent toward the wounded puppy and saved his life!