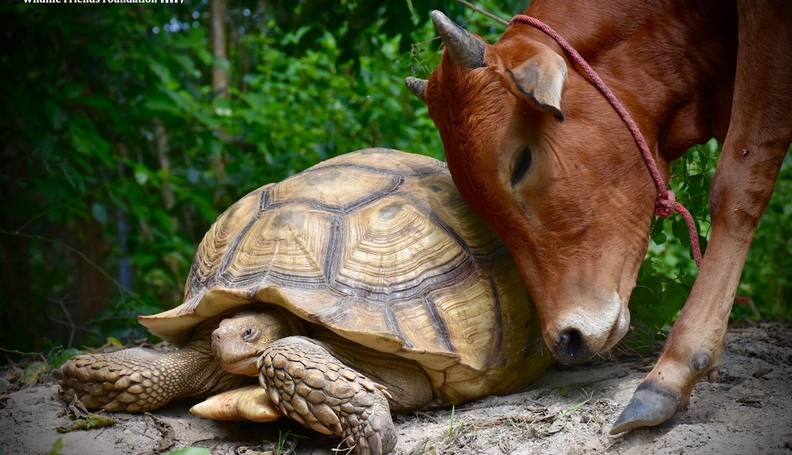 When a zoo in Bangkok was closed, a large tortoise with the name of Leonardo moved to a new comfy home but also found a friend. 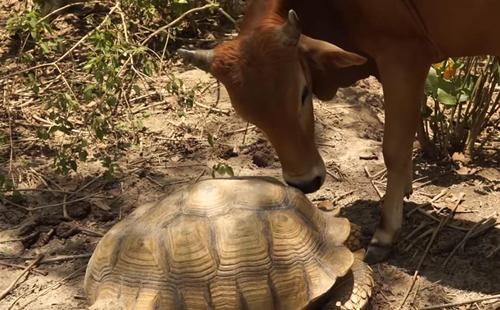 All the members of the staff were very caring and attentive toward animals. Leonardo was happy there, and one day, a newcomer’s calf entered the shelter

One time, when the baby calf was wandering with its mother, he got into a vineyard, and when rescuers came they saw that his leg was fully matted and damaged severely. So the doctors had no choice but to amputate the upper side of the leg. 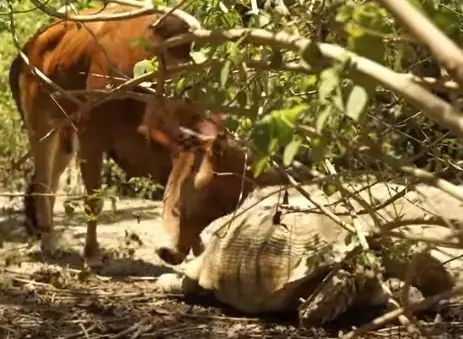 The staff of the center was not indifferent to this case and they take the baby’s calf and made specific prostheses so the baby could enjoy his life fully. He was named Simon. Afterward, they had to settle him somewhere with another animal. But it turned out that he had already chosen with whom he wanted to stay.

WFT staff wrote on the Facebook page about this case, saying that when they were about to settle him with another rescued cow, Simon already found his roommate which was the beautiful large tortoise.

A strong bond arose between them. They eat, relax and sleep next to each other.