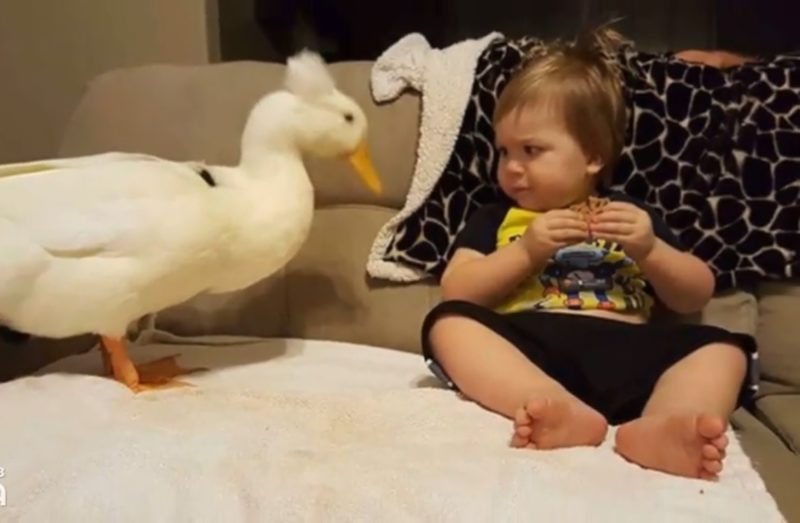 A duck named Beaker appeared at the home of Jennifer and her husband when their son Tyler was only 9 months old. 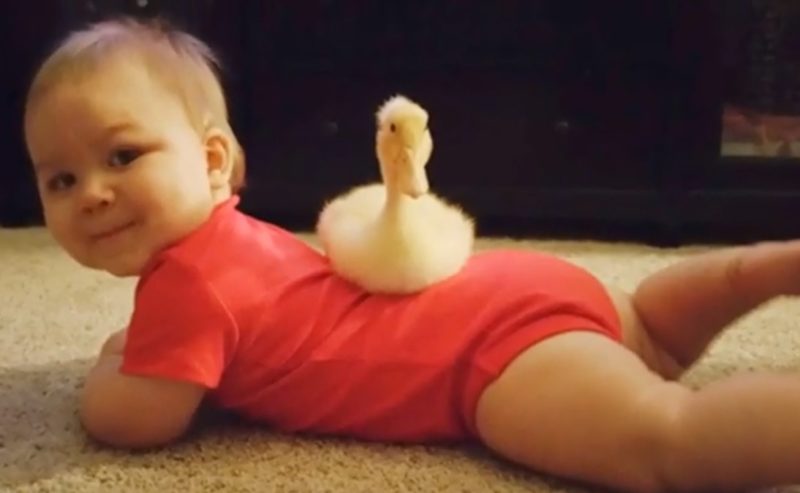 The spouses were fond of breeding ducks even before the birth of their son. One day the father of the family went to the market for food for his feathered brethren and saw Bee there. Then she was still a small yellow charming duckling.

His heart melted with emotion, he bought a chick and brought it into the house. At that moment, the man had no idea what his act would turn into. And the following happened: two cubs, a duck, and a child, instantly became attached and began to do everything together․ 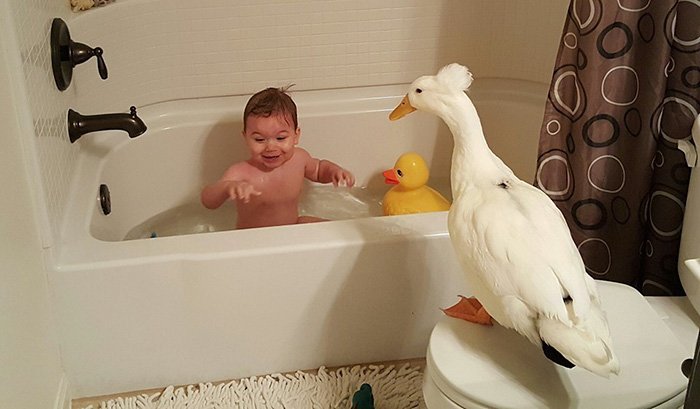 In a few months, the duck has grown. From a yellow chick, she turned into a beautiful white bird, and, in addition to being friendly, she took on some of the parental responsibilities.

Tyler’s parents won’t let the duck stay overnight in his room, so the bird waits by the door early in the morning. As soon as Bee hears that the baby has woken up, she starts calling her parents and demanding that she be let into her beloved friend.

Jennifer said the following about the family situation:

“I could not imagine what it was like to keep a duck in the house. But now I understand that these birds are not worse than cats or dogs. These two children do everything together. It’s funny to watch their guilty faces when I find them at the scene of the “crime.”

In addition to the above, it’s not surprising that Tyler’s first word was not “mom” or “dad” but “duck”.