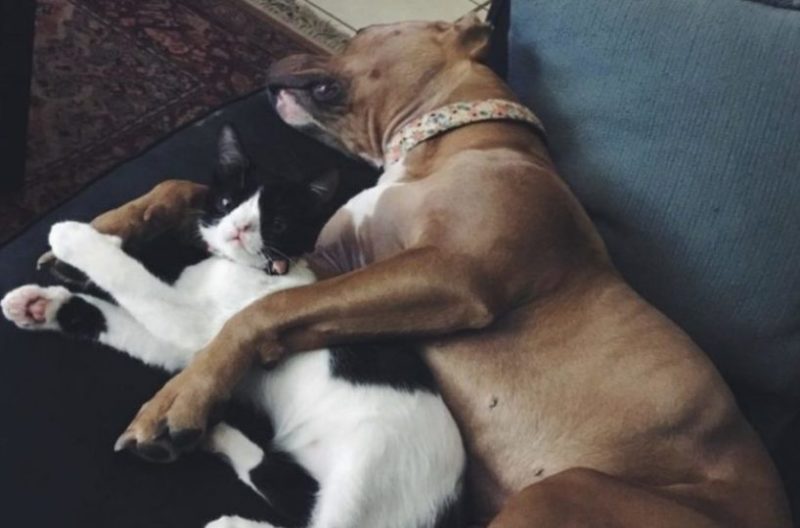 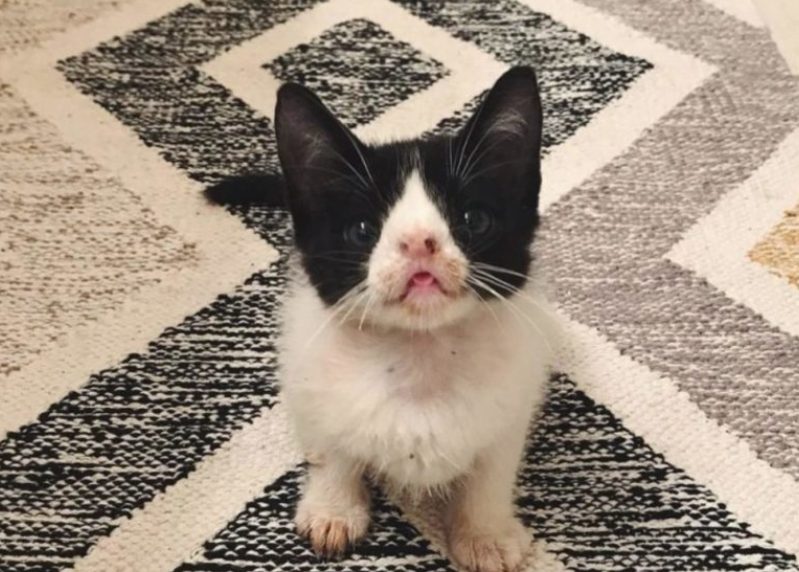 The cat’s name is William. It was seen on the road when it was 6 weeks in the USA and then was transferred to a new little refuge. There wa student girl saw it when she was learning veterinary and decided to take care of it and protect it. At that time William was very grimy and was threatened. 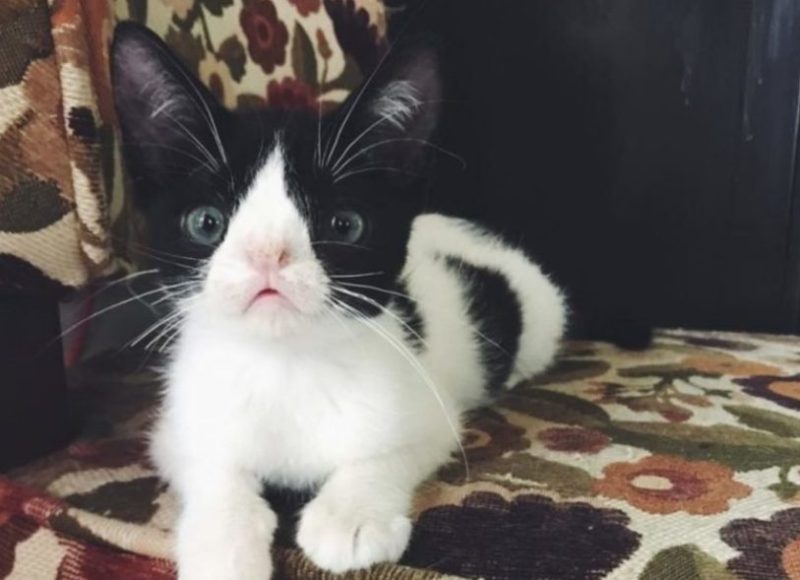 But the principal issue was its face. It had defect since birth and maybe also because of inherited mutation because of which its face looks like a face of dog or pug. William at the shelter noticed other animals and adopted some of them. One of them was a pit bul. It was named Cora. And William at once began to have gentle emotions towards the dog. And it was mutual. They pass all day long with one another and walk as a pair.

A strong connection has been created a between them. The girl said that Cora had been sociable with animals but its feelings for William are unique. And seeing their friendship the girl decided to keep the dog. Currently the dog is 10 months and it is accustomed already to other animals. It had been a shy pet but now it feels freely.