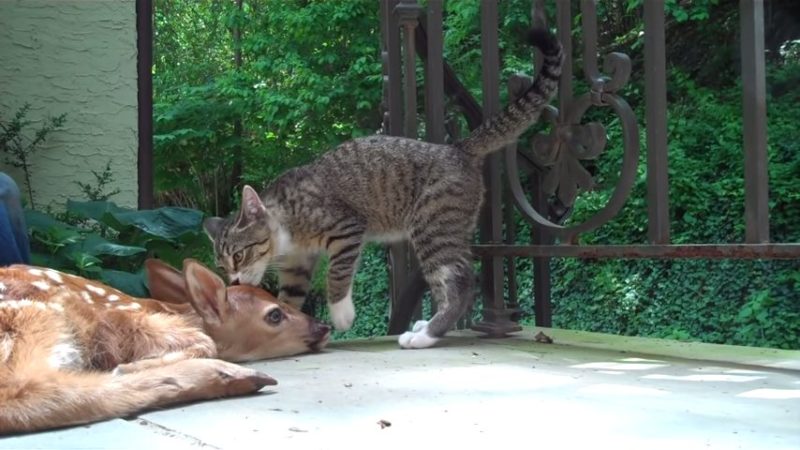 Animals never stop to surprise humans with their uncommon friendships. There are plenty of stories about animals who create a special bond with each other. 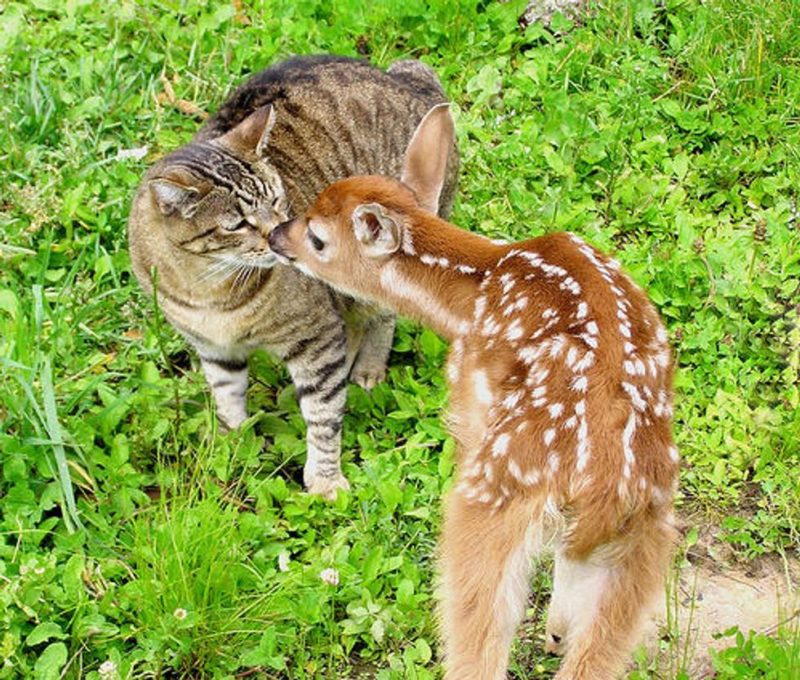 Many would say that cats are not considered friendly animals who are open to friendships, but that’s not true.

This story is about a friendly kitten who befriends a fawn.

One day, this family discovered little deer on their porch. was just a baby. The deer was confused and scared. The family was not sure what to do how to help. But the kitten absolutely knew how to act.

The cat’s name was Miro, he slightly approached to baby suspiciously as he never saw an animal like deer.

Deer was not even moving. But the cat did the first step, he touched the animal with his paw. As he understood that the animal won’t hurt him, he continued touching and examining the baby’s head.

Miro was so happy he found an unusual friend with who he can play. But unfortunately, it didn’t last long as the family had no choice but to release the animal to the wild. The baby needed to find its mother.

These two cute creatures like each other a lot, and that proves that a friendship between different species is quite possible.