Actions like this inspire confidence: there is still room for kindness and compassion in this world! A few days ago, a touching video appeared on thesocial networkk, filmedin one of the districts of Istanbul. 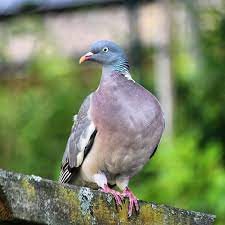 That day the weather was cold and windy. A frozen pigeon flew to one of the residents of an apartment building and sat on the metal ledge of the window. Noticing the unfortunate bird, the man decided to help her in a very unusual way. He climbed out of the window to the waist with a hair dryer turned on in his hands and began to dry the pigeon, trying to warm it up, reports News18.com. This touching scene was witnessed by the neighbors of the Turk, who managed to film what was happening on video. 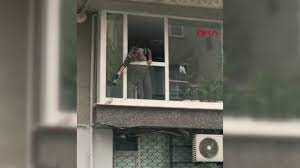 I must say that the Turks took a big risk. The dove sat far enough from the window, and the man had to constantly reach for the bird, climbing out of the window farther and farther. According to eyewitnesses, he kept the pigeon warm for at least 15 minutes and then gave it food. Having dried out and satiated, the bird flew away on its own business. Later, we managed to find out the name of a kind-hearted Turk.

It turned out to be a resident of the Sultangazi district named Sabahattin Yilmaz. According to him, when he saw a wet and frozen dove, he simply could not let him die. The man did not know that he was being filmed on video and was very surprised to see himself on social networks. By the way, on the Daily Mail page on Twitter alone, more than 33 thousand people viewed the video with his participation!

According to Sabakhkhatin, he does not need fame. He just wanted to do a good deed. “The dove is a living being, and it deserves to live, like all of us,” the hero commented on his act.