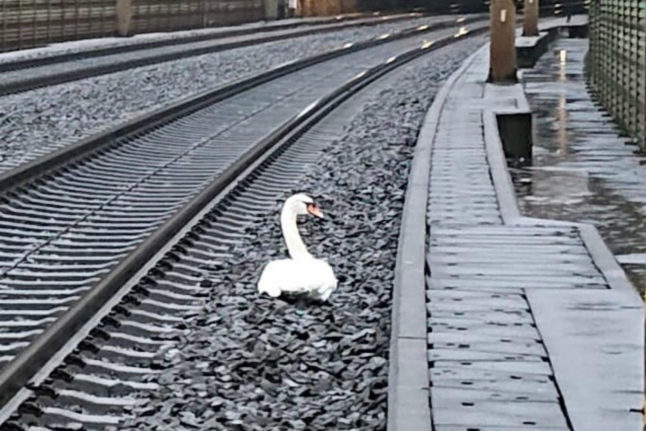 Songs and legends are sung about swan fidelity – these birds, having fallen in love, live together all their lives. True, ornithologists believe that swans weep over the body of a lost lover only in legends, but in life they will finda newmate. Thisbird decided to refute the cynical scientists.

Not far from the city of Fuldatatal in Germany, bird Anna Karenina died under the wheels of a train. And her partner remained at the site of her death. A huge snow-white bird perched on the railway embankment dangerously close to the passing trains. It seems that the swan intended to repeat the fate of his beloved – to die either from longing or from steel.

This scenario did not suit the railroad at all. Employees tried to drive the bird away, but she was not afraid of either the locomotive whistle or the man with the broom. The swan was completely immersed in his sadness and did not move a centimeter from the chosen place – on the embankment, not far from where the body of his beloved had recently lay. 23 trains failed to leave the station on time. People were late for visits and work – thousands of people, and all because of one bird. Flights were already delayed by 50 minutes, passengers began to get nervous, and the station staff finally decided. Theycalled thefiremen. Firefightersarrived with special equipment – usually they use a gun loaded with a net to catch large birds. Puff – and the bird is caught, for its own safety. The swan was taken outside the city and released into the Fulda River. I would like to believe that the bird will cope with grief and will no longer interfere with the movement of trains.