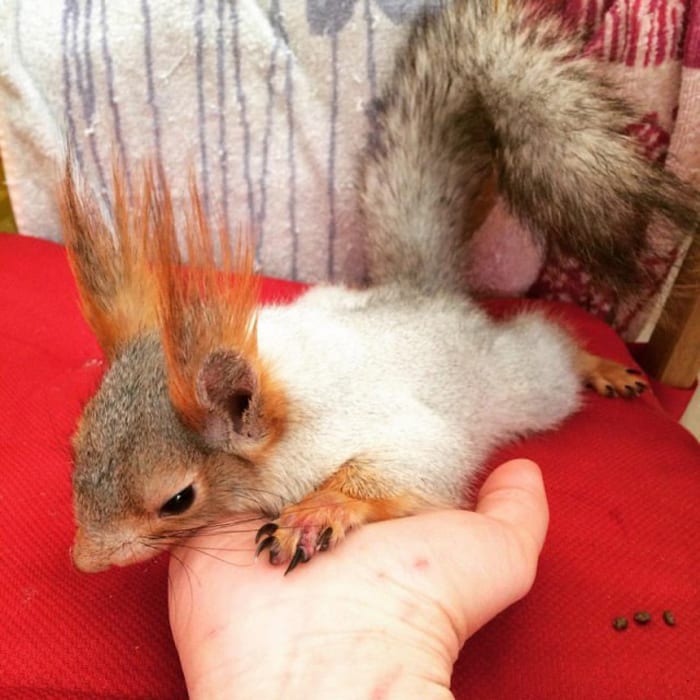 Thee littlesquirrel fellout ofthe nestwhen she was only one and a half months old. This poor animal was doomed to death, especially since there were so many dangers around. 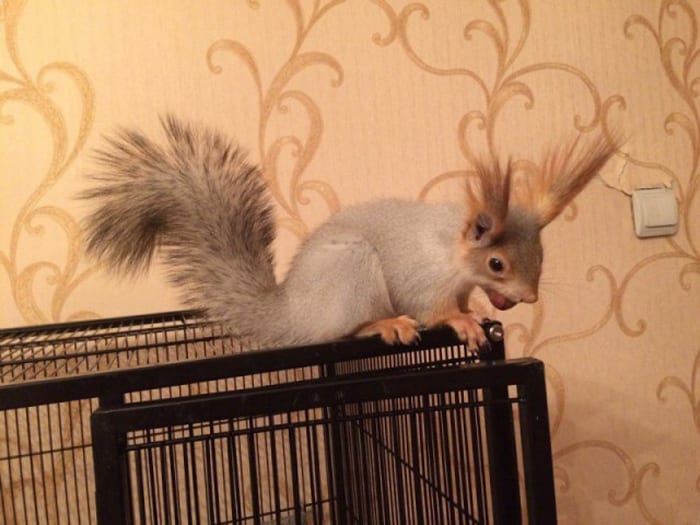 As it became clear later, she was lucky enough that she was found by a wonderful and kind-hearted woman. She took the baby home and later named her Sonya. The squirrel has become completely tame.

Sonya has her cage, but she can walk all over the apartment. Like other animals from her breed, she is also very fond of nuts and seeds, and, according to the owner, she stocks herself throughout the house. Nuts are filled in all the pockets of clothes, vases, and drawers that Sonya has already learned to open. 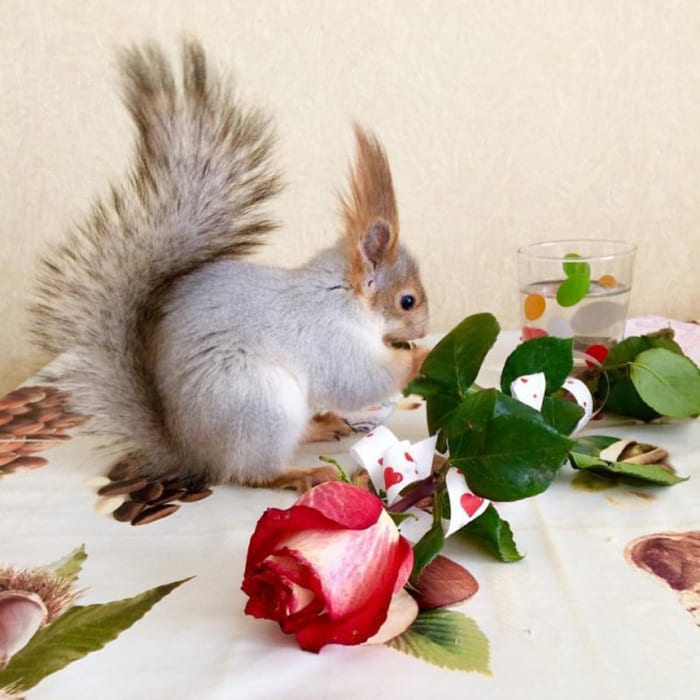 Although Sonya goes for walks with a harness and a leash, she is even allowed to run through the trees, but she always returns at the first call. It is worth mentioning that she is not interested in other animals, she prefers to play with children.

When the story about Sonya appeared on TV, the squirrel got a lot of fans.