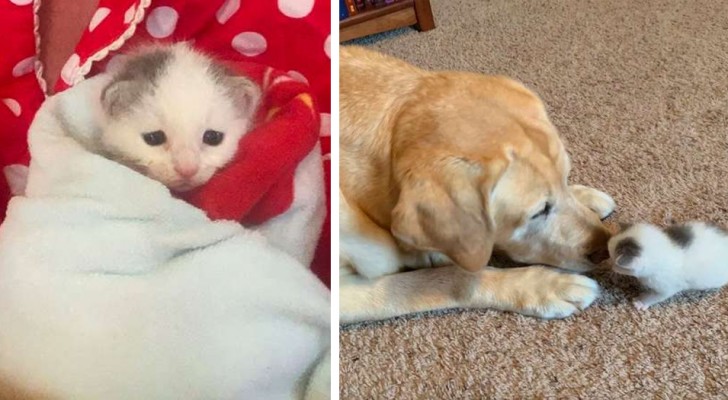 Surprises are everywhere, aren’t they? 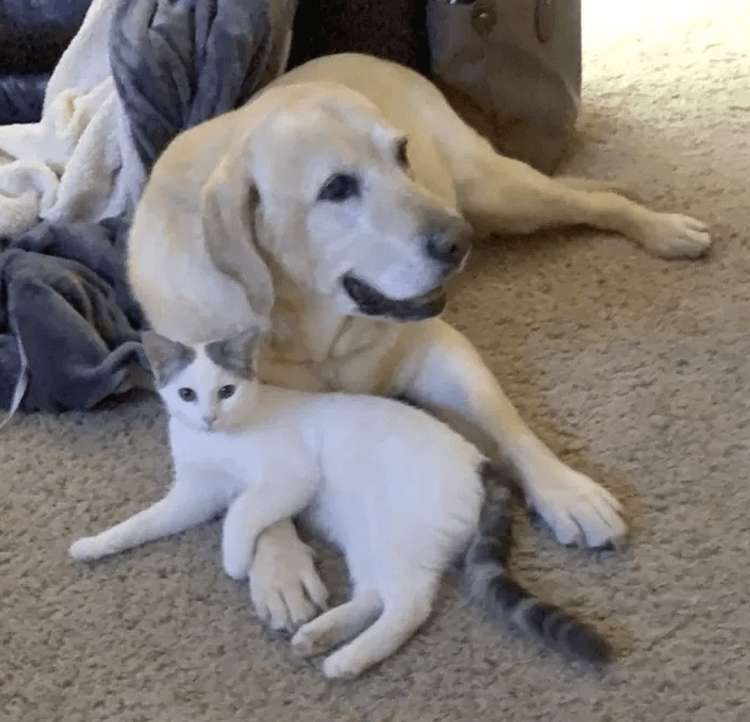 A woman farmer found a small, helpless cat while walking around her estate. The cat was meawing and trying to call for help. However, a woman named Morgan decided not to take the cat, thinking that her mother would return soon.

It was late in the evening when the farmer went to the estate again to check if the little one was there or not. 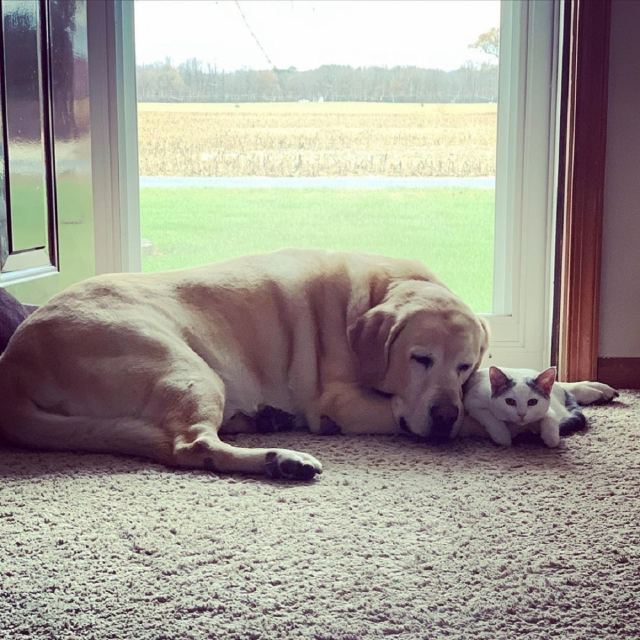 She found the cat again in the same place and realized that the animal really needed help. The newborn animal, which was a few days old and had not even opened its eyes, had a lot of fleas on its fur.

So the first thing Morgan had to do was bathe the baby. Her dog helped her in this matter, who later became very good friends.

Now the cat is five months old and the dog is thirteen years old. They show by their example that a good company does not recognize age. Despite the little cat’s antics, the dog is always patient with any action she takes.