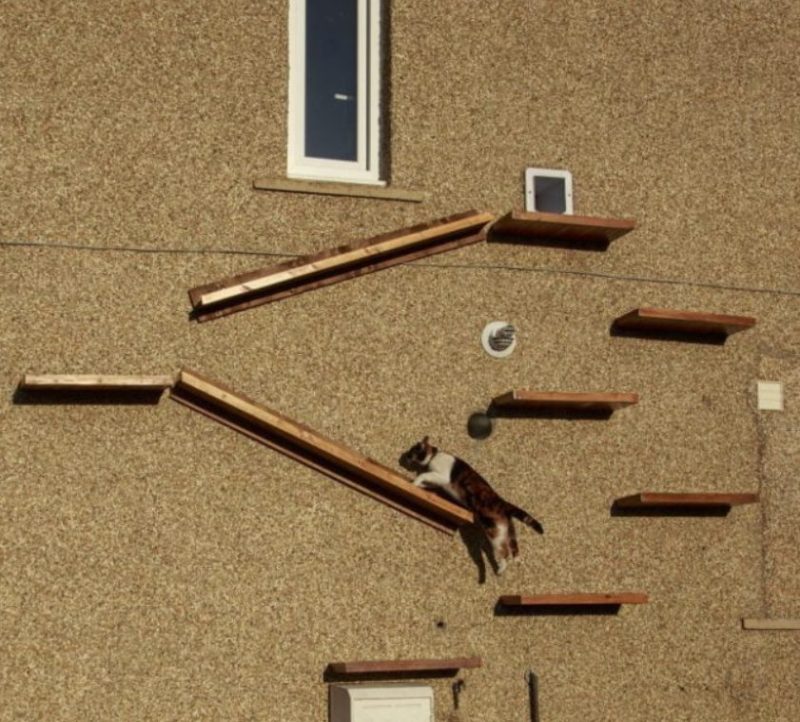 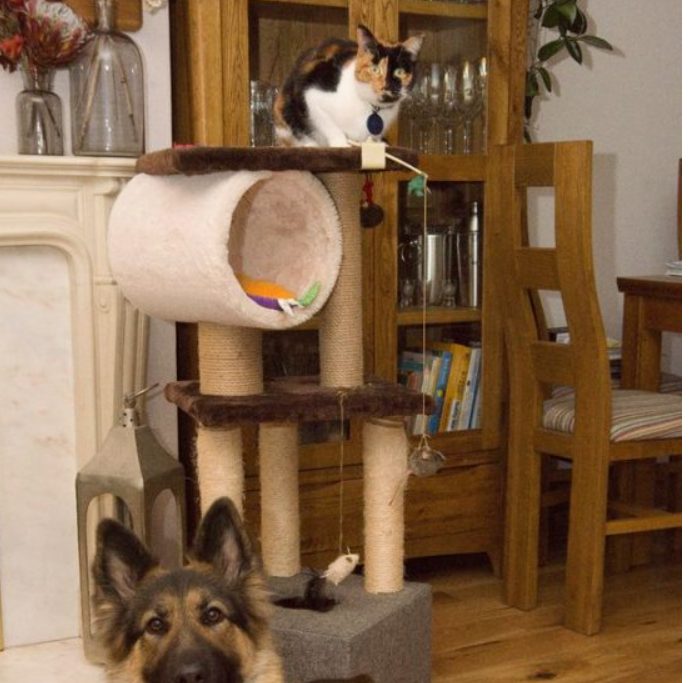 It is well known that cats and dogs are not best friends. So in most times they can quarrel with each other.But for a resident in Edinburgh the thing is actual because he has both a cat and a dog. And softly speaking they don’t like each other. The cat’s name is Simba and the dog’s name is Zara. 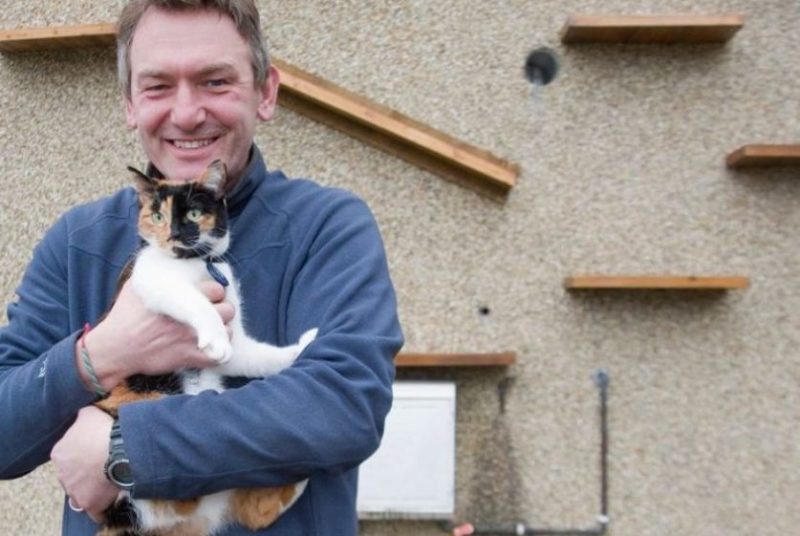 No dispute happened between them but anyway they are not fond of one another. In order not let them bully the owner determined to separate different places for the animals. So the dog started leaving on the ground floor and the kitten on the second floor.But anyway the issue went on.

The point was that the cat liked very much to walk and anyway she could pass through the place of the dog while going out of the house or coming into the house. So in the pictures you would see how the design of their places are done . Now cat can climb on the wall and she may choose whether to walk or to sleep a little bit. It looks like that the kitten is cheerful and it has an entertainment.