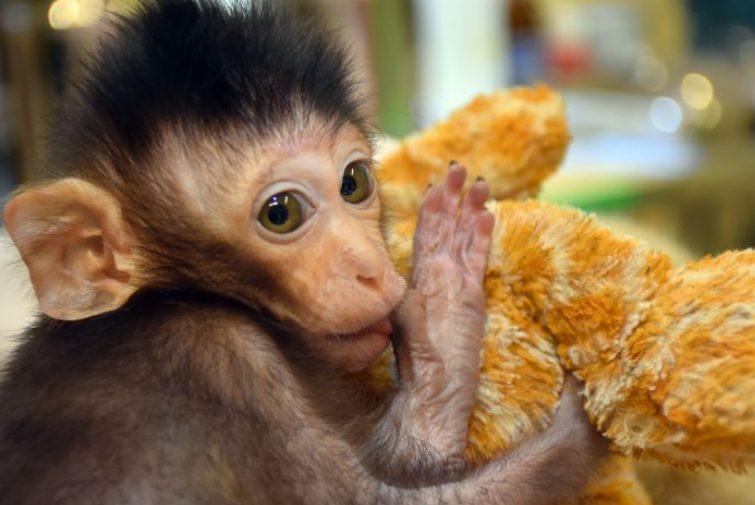 In Nakhon Sawan the residents noticed a small monkey in the wilderness and took it to their small town to look after it as a small animal. Someone murdered the mummy of the animal maybe the hunters. The Asian monkey which was 2 months and the name of it was Jao Khun. People were giving it only bananas as it was slim and was not growing fast. 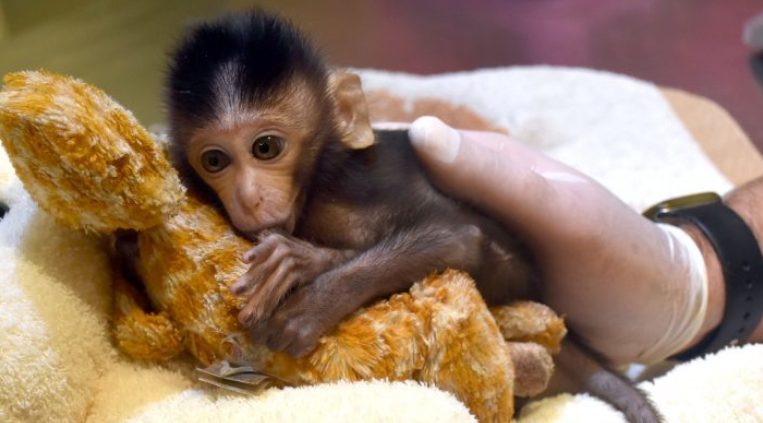 And it was too small to survive in the absence of its mummy. There was a little chance for it to survive in the village. Luckily one of the residents turned to a special foundation referring animals and the monkey was transferred and was settled in the refuge under special care. One of the volunteers gave it a small soft toy. And the creature started to cuddle it and to hold it firmly and did not want to be separated from it. 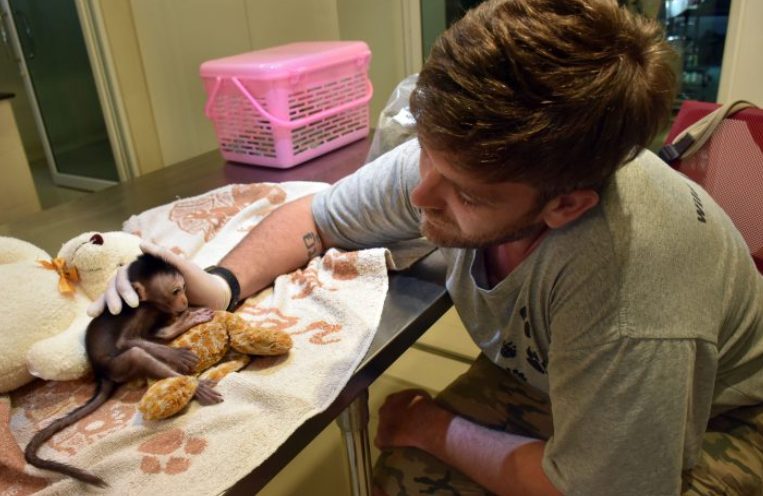 The toy for the animal was a replacing thing for its mum. It does not want to leave it even when it is time for sleeping or eating. The employees of the shelter look after the animal in a gentle way. When being small the monkeys are used be next to their mummy that is why the creature does not want to leave the toy. Luckily it is in safe place and after some time it will be presented to other monkeys.