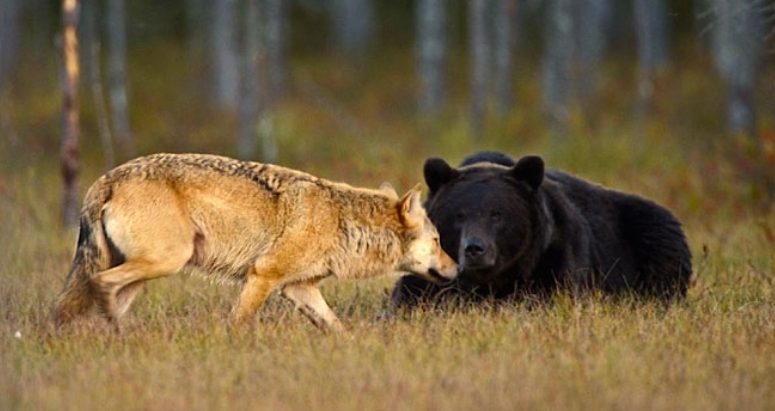 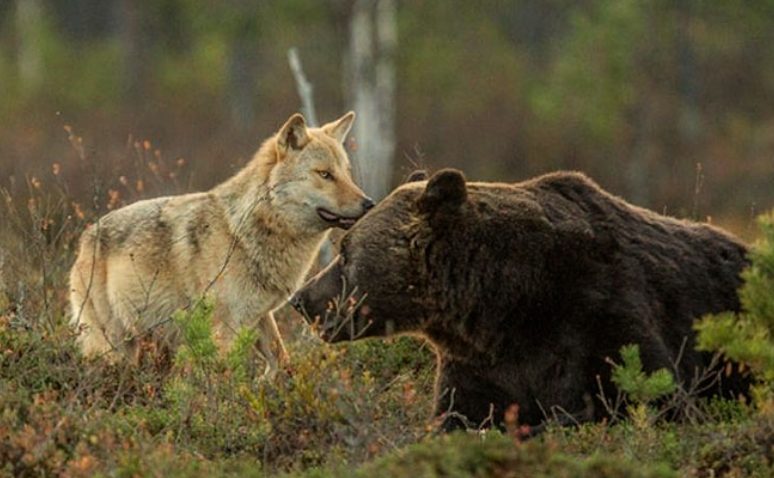 Lassi who was a Finnish photographer arranged to make several companions in the woodland of Finland. They were wolf and bear. As the photographer stated the creatures were generally were together and they did not attack one another. They even were sharing food for one another. When looking at them you think think they have know each other for a long time.

The phenomenon is really strange as wolves and bears are rivals and do not like one another. Lassi was following them for more than a week. He had no idea how they became friends but he said that case occurred when they were both young and they assisted one another when being saved from hunting. 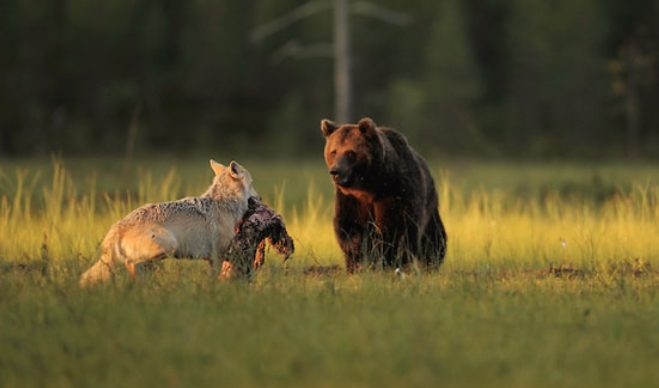 It is first time for him to see such kind of cases especially in Europe. When being in a zoo we may meet that animal from different species can get along with one another. So we can’t tell how that can happen. But this thing is not studied by scientists. But we can state anyway that even referring to any rule exceptions can be actual. Animals are really kind and it does not matter if they are domestic or not.