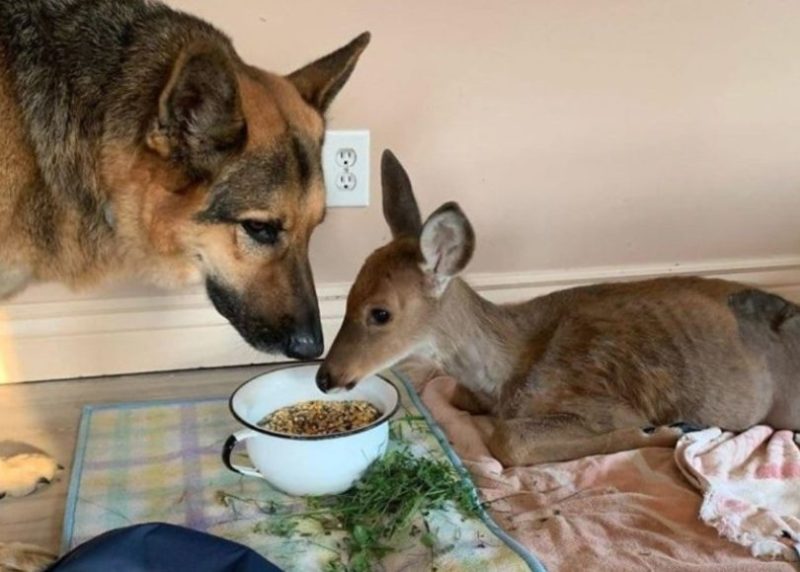 People will always be admired with the extraordinary skills of dogs to be so loyal and kind-hearted. They are always ready to help those who are lack of love and protection. It concerns both people and animals. Serge is a kind-hearted dog. It looks after a lot of animals especially young deer. Its holder Cheryl has been continuing for looking after different kind of animals especically deer over the years. 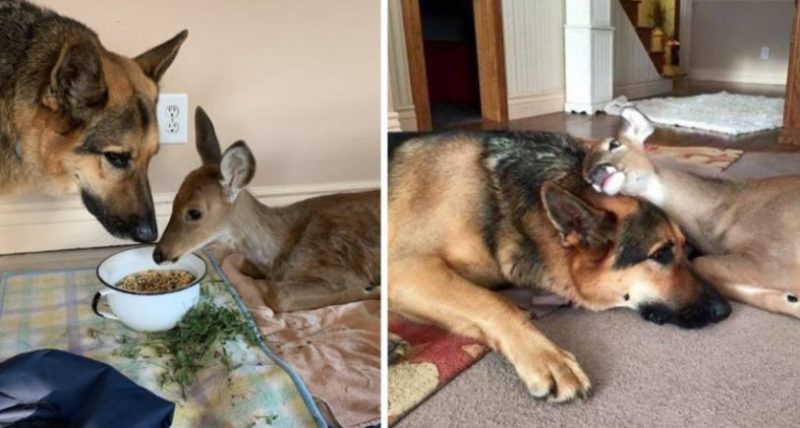 Serge has always been affectionate towards parentless animals but his most beloved animal was Buckheat, which was first taken by Cheryl. During their first meet sweet emotions were passing through its heart. Starting from that day the mummy dog was looking after the deer and was considered as a guardian for it. The main thing that should be mentioned is that it became the deer’s mother. 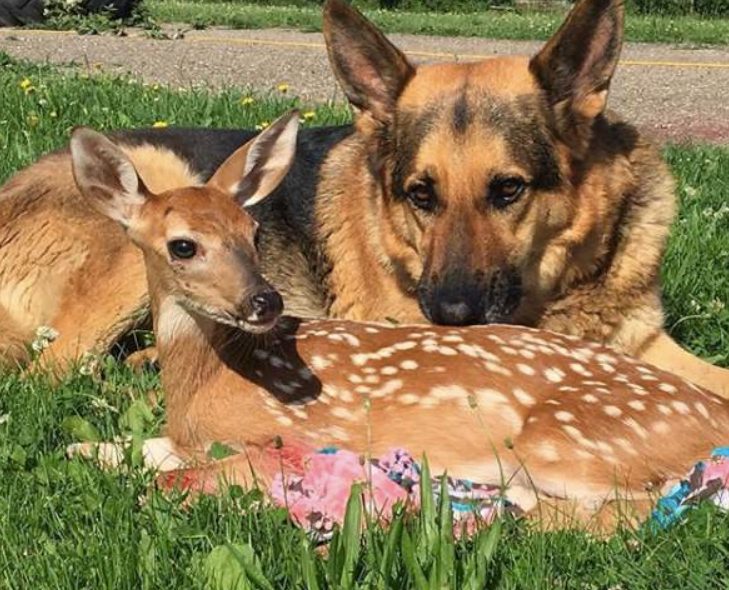 They were inseparable from one another. Once when the deer got lost Serge was able to find it and bring home. When deer was grown Cheryl decided to set the deer free. And when bringing other deer to his house the dog again with love started to become a baby-sitter.