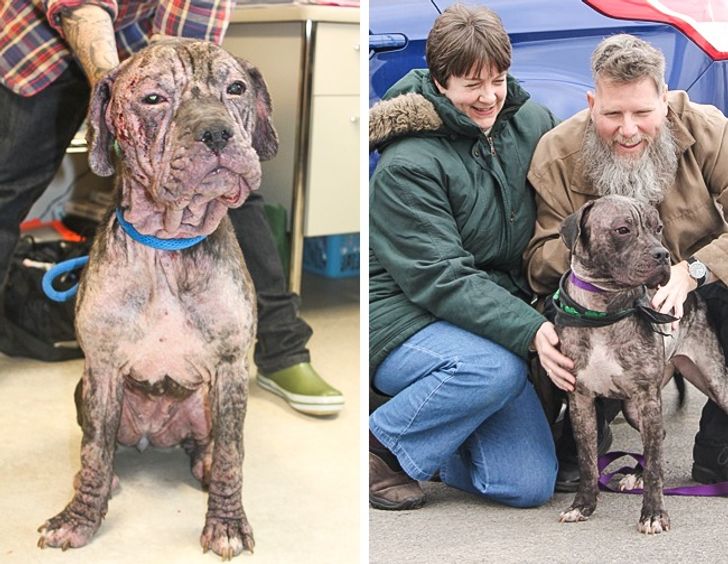 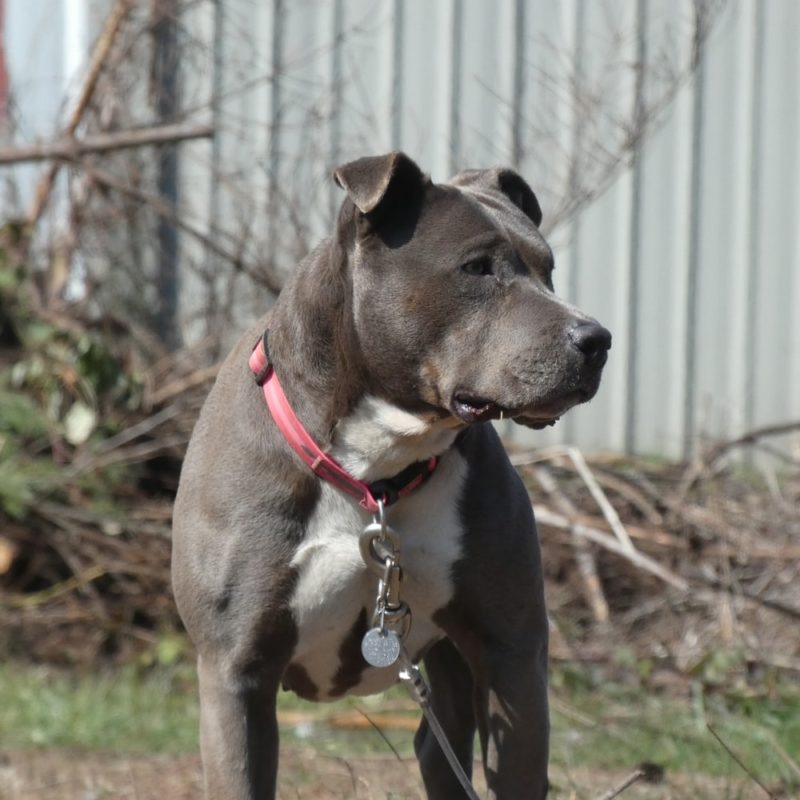 Wondering what weird noise was coming, he approached and opened the front door and saw an unexpected guest – a skinny, bald and seriously injured dog came to his doorstep, shivering from the cold.

It turned out that she was abandoned on the side of the road. When the dog was taken to the local clinic, it was discovered that Penny had severe skindisease named demodicosis, which is caused by ticks and if left untreated can lead to the death of the animal. In just a week, the condition and appearance of the dog changed: she stopped combing herself, and the wounds began to heal. 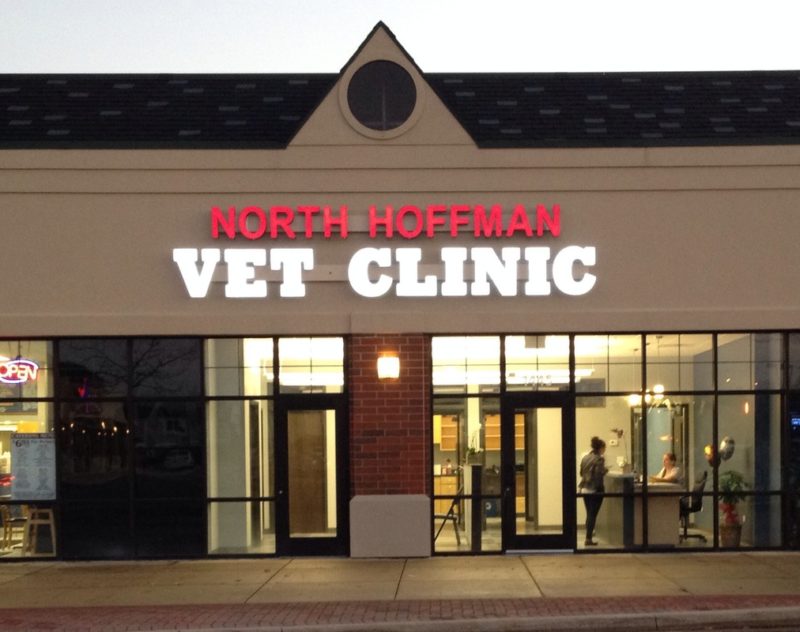 Penny has already found a new loving family and her former owner has been arrested.