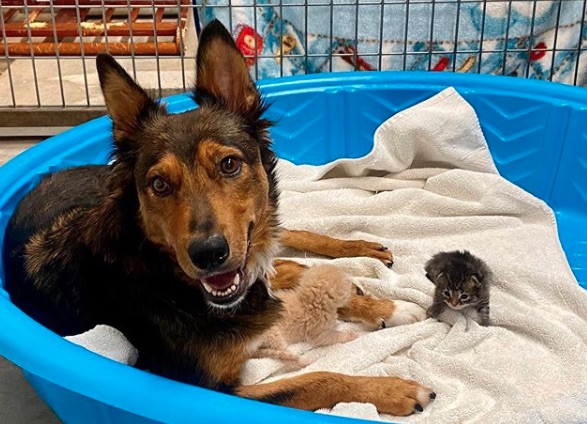 In summer, some volunteers found a Shephard dog near the American-Mexican border․ 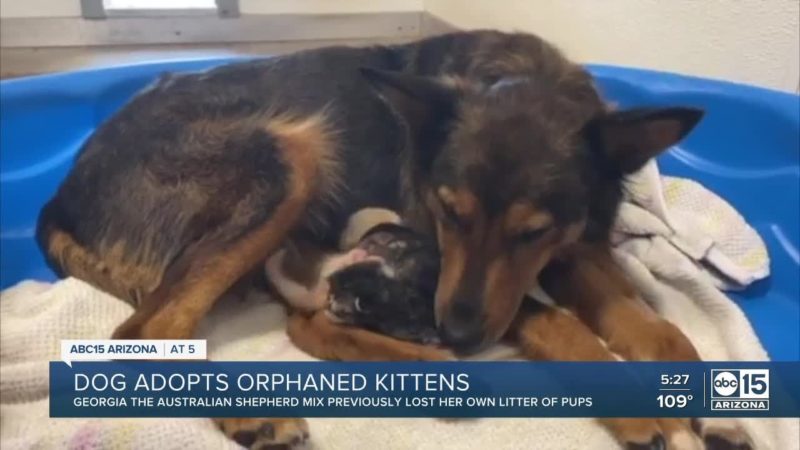 They named her Georiga and took her to the nearest shelter. One month later she beautiful puppies were born. But later on, unfortunately, passed away.

She was devastated and desperately looking for her babies. Georgia was so depressed and sad. In two days, one of the workers introduced her to three little kittens who were orphaned. 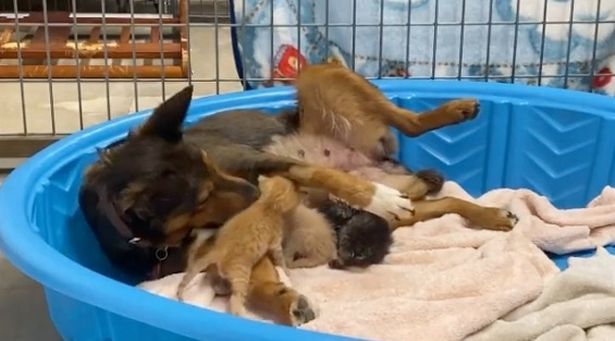 And Georgia didn’t mind having them! She immediately calmed down and started to take care of them as they were her own babies.

How amazing it is that animals care about others who are not the same. The touching pictures of them together got viral and touched the hearts of many people.