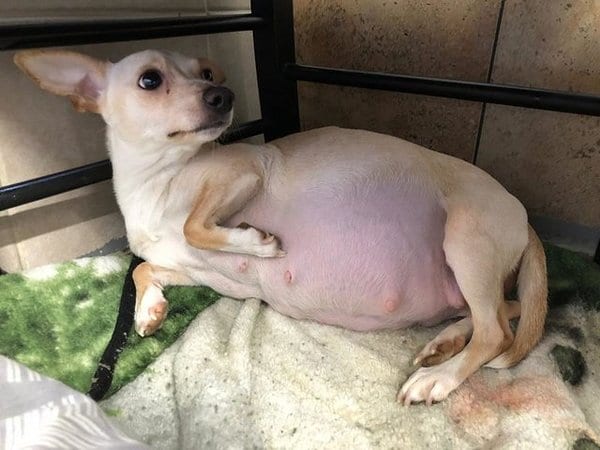 An incredible event took place in one of the shelters in the American city of Kansas in the last days of March. 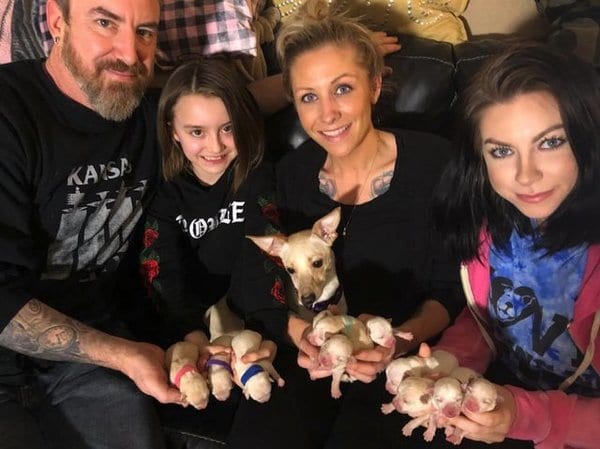 One man brought a pregnant Chihuahua to Animal Rescue Center and said he had no intention of taking puppies and didn’t know what to do with the pregnant dog now.

The first reaction that broke out from the workers of the shelter was an exclamation of surprise “Lol!”. So the dog was later named – Lol.

And the volunteers who saw a lot of things were surprised not in vain! A one and a half year old dog looked like a ball with a small head and tail. She could barely move.

People realized that Lol bears a lot of puppies – at least 8. At the same time, on that day, the record in the Chihuahua breed was 10 babies.

5 days after Lol got to the shelter, she went into labor. The birth was attended by veterinary-trained volunteer Rebecca. She and the other employees of the shelter were shocked when the babies began to appear one after another!

In the end, there were 11 of them! This is a new record and the shelter’s volunteers have already submitted an application to the Guinness Book of Records, which will be reviewed in the coming weeks.

The veterinarian examined the babies and said that they are all absolutely healthy and very strong. They have all been given different nicknames. In the shelter, babies will be raised for up to 2 months, and then distributed to families. There are already many who want to have a pet from this record litter.

And Rebecca herself plans to take Lol herself, who became the second foster mother of these wonderful kids.