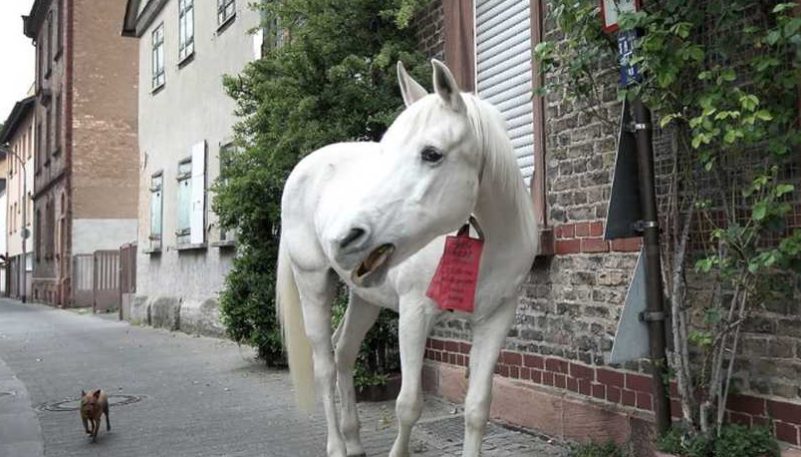 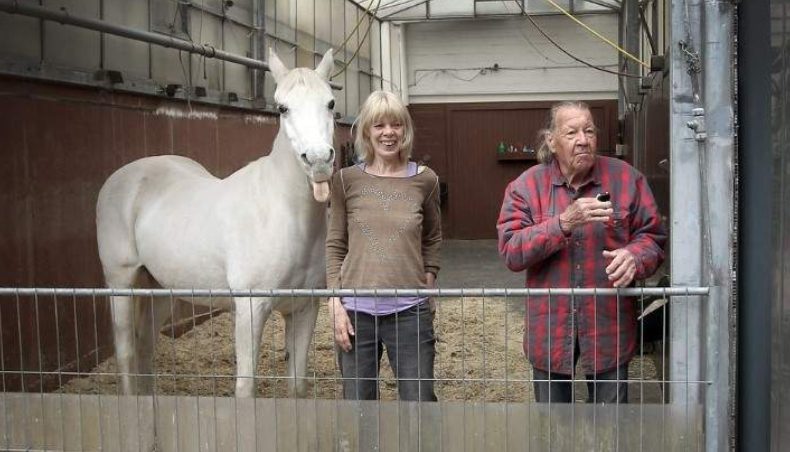 Each day an amazing snowy horse is walking through the same path in Germany. It is accoustomed to the roads and does not need anyone in order to be accompanied. Some years ago its dead owner was going with its owner through that way. More than 10 years passed. The cute horse walks around the town each day. Before that Jenny did not go out by itself she was part of a stock leaded by its owner Werner. Werner passed away when he was 82. 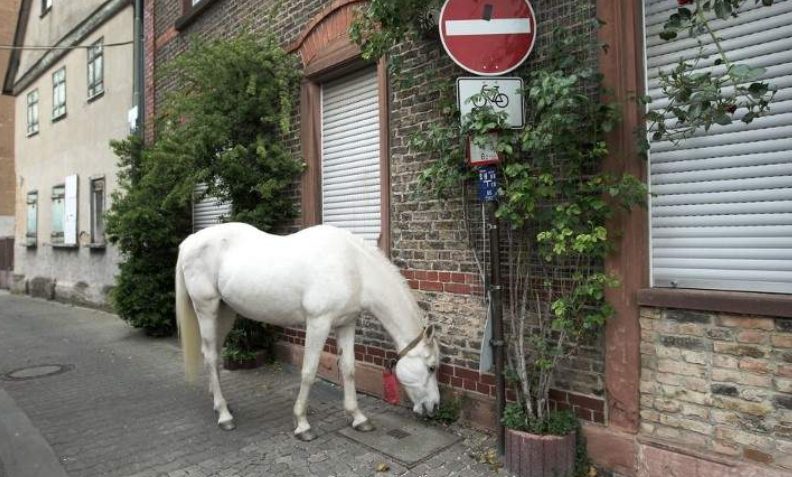 At that time Jenny’s companion also passed away with the name Charlie. However the spouse of Werner determined to go for a walk through the same path as its owner was leading the horse. Jenny firstly was going out together with her. But after some time she realized that the horse could manage to find the routes itself. Since that day Jenny is set free each morning and quietly by itself can go through the town and remembering the familiar places.

These places have become a memory for it. Some people say that it is unusual that horse is left alone on the street and even may be threatening. But the horse is rather independent and won’t be lost. During these years no case happened referring with horse engagement. It is now popular among the neighborhood. People are waiting the moment to encounter it. Some people may stop and hug even. This story makes people smile.