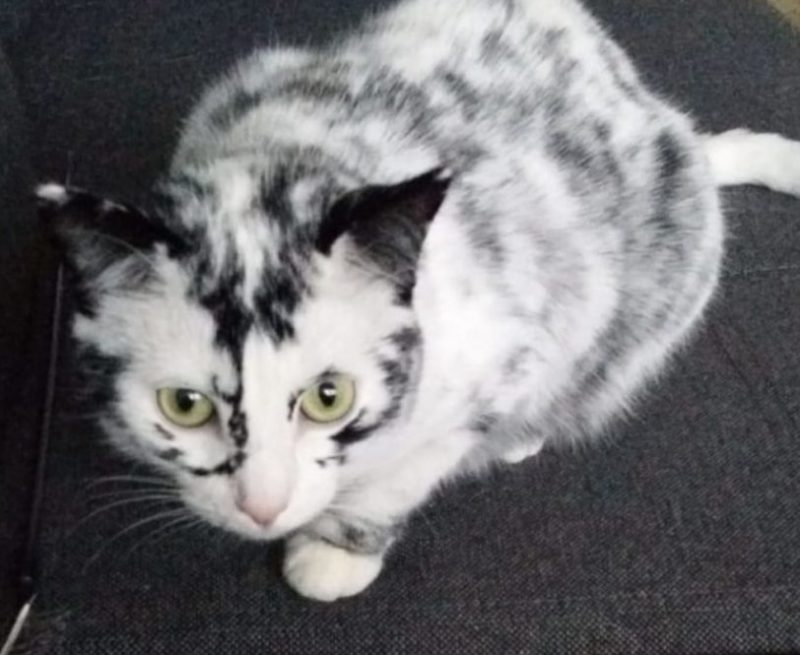 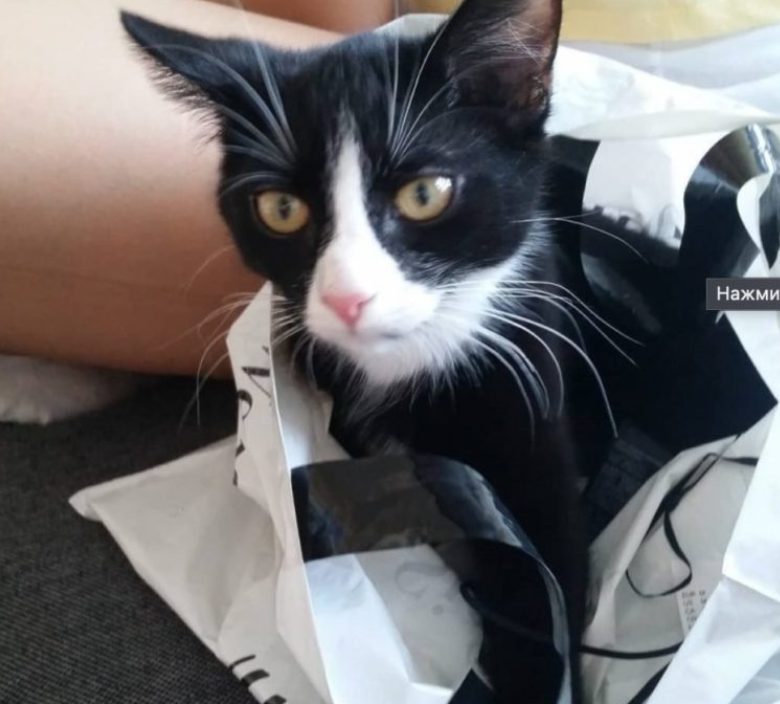 Nicole noticed Ellie and It’s sibling in one of the farms. At that time they were very small and cute.They were having health issues. No one had taken care of them they had infections. They were almost dead. So at that time she decided to look after them instantly. The woman didn’t expect she would find a cat in such manner. After some time the cats started to feel better. They were recovering. From the first moment Ellie was communicable.

Recently Nicole started to notice that strange thing was happening to its cat. The shade of fur was changing. So day by day snowy spots appeared on the skin of the cat. And in some months the cat became totally white. When showing the doctor the case she had hope to find out the reason of changing color.

So she found out that the cat had rare sickness Vitiligo . That desease appears only among 1 percent of population and animals.This disease doesn’t create any health issues it just affects on the form of the creature.Now the cat is very active and very cheerful.