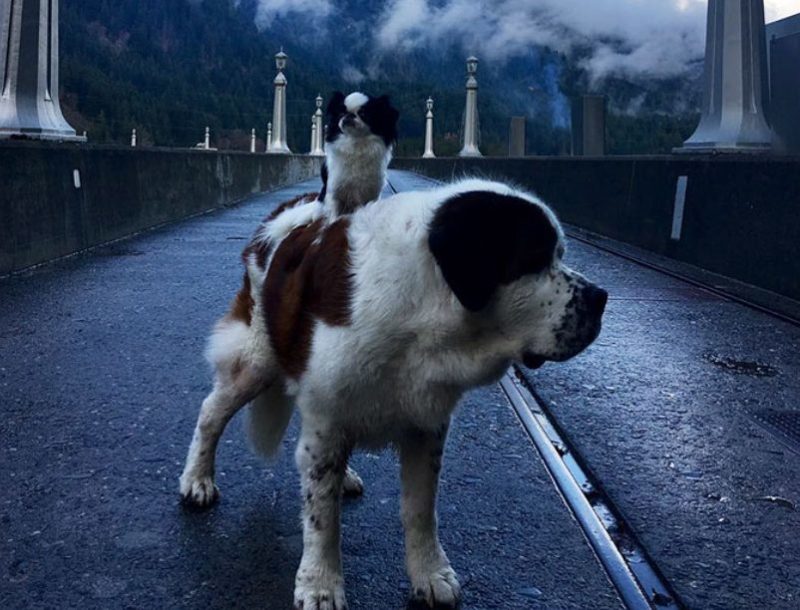 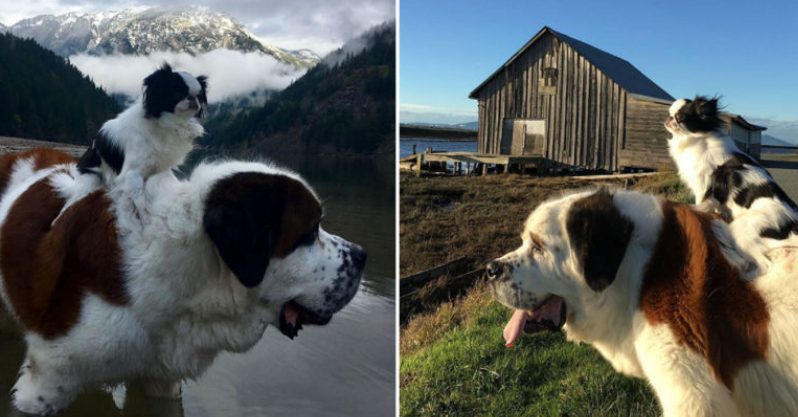 The world was not an easy spot to a live in especially for a small pet Lulu. It was so because she had difficulties while moving and walking as she was too small to be self-independent. When the tiny pet met the huge dog Bernard everything would not be the same. The dog was about 126-pound but its heart was too kind and at the time when it met Chin, it started to take care of it. 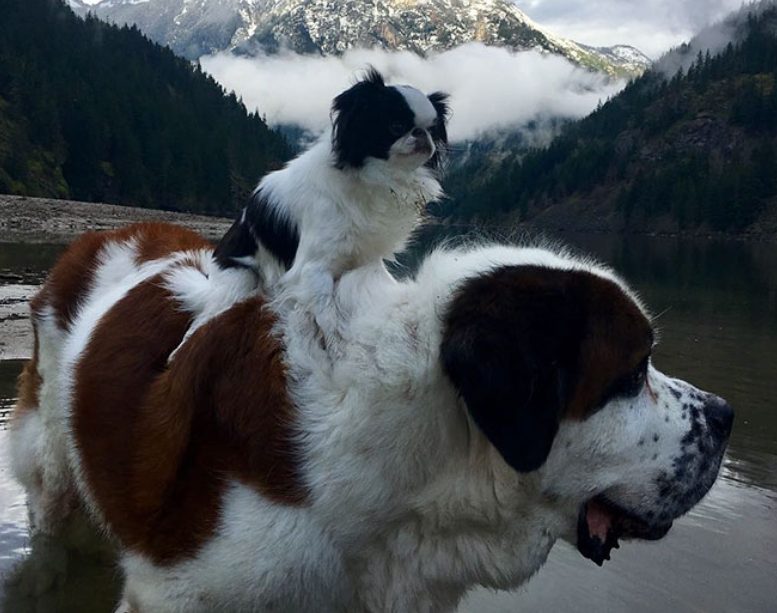 The puppy was mostly feeling at easy when it was climbing on the back of Bernard. Lulu can go for travelling every time it wants as the dog is always with it. Lulu considers the giant dog as a big brother. Though the dog is gigantic it is always ready to make the wishes of its litter sister come true. Anyway it does not have any option to disobey the orders of little Lulu.

His owner confessed that his dog was very patient and can let the little puppy do with whim whatever it wanted. But the main thing that there is strong connection between them and they understand fully each other without words even.