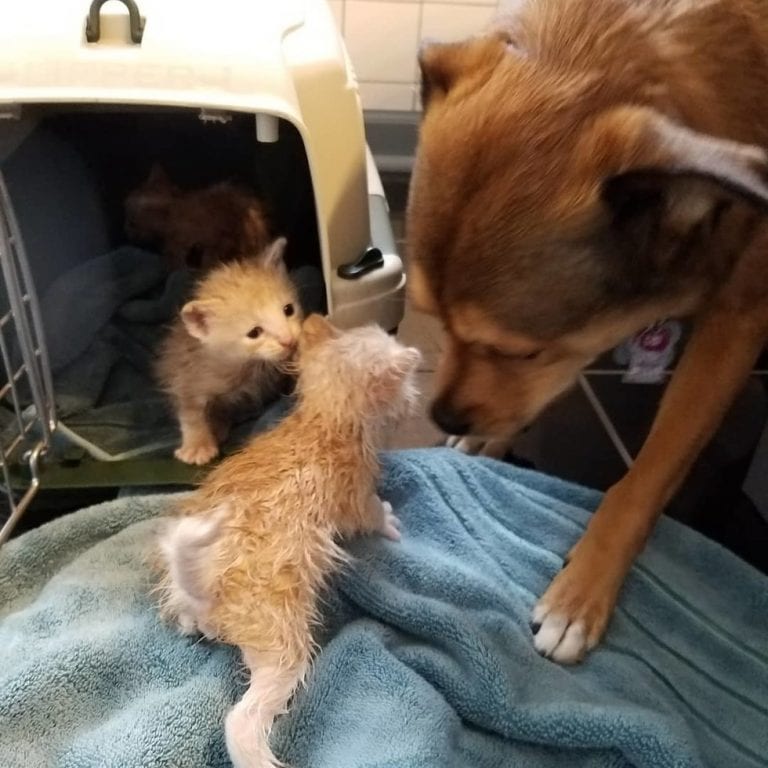 A few weeks ago a wonderful and caring woman with the name of Victoria took her dog for a walk before going to work. 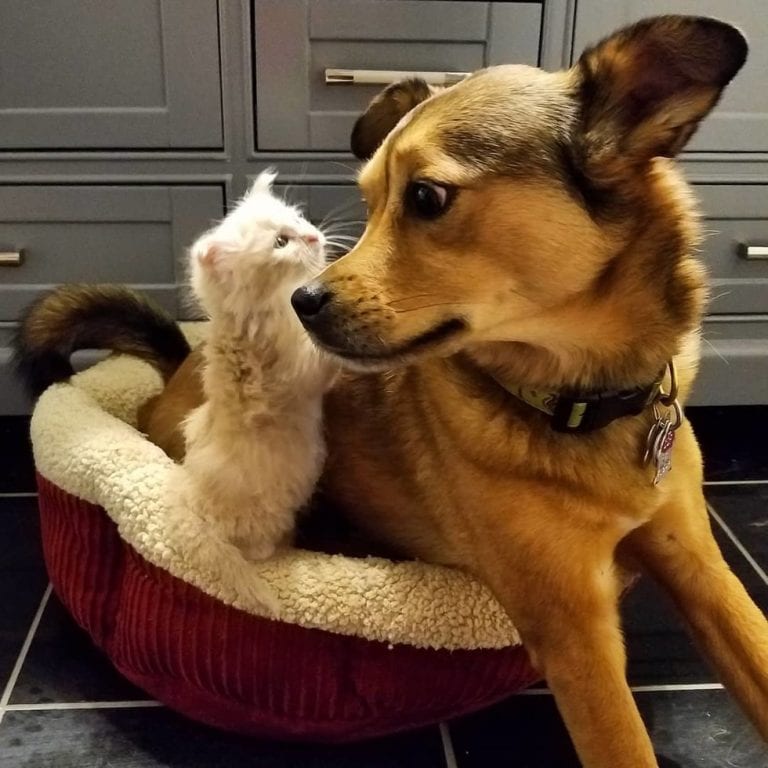 Barely leaving the house, the woman heard a thin squeak. When the woman went in the direction of the voice, she came across a small red kitten lying on the path. She hugged the cat, and suddenly her dog named Turbo ran to the corner of the yard, where there were many leaves. There the dog found two more kittens.

The kittens were wet and very cold. The mother cat was nowhere to be seen and apparently she had not approached the kittens for many hours. Victoria took a day off from work and went with the kittens to the veterinary clinic.

After the clinic, the kind-hearted woman brought the children to her home and arranged a warm soft bed for them. There were three kittens, all of the same light red colors with white spots.

Dog Turbo immediately began to spin around the kittens, as he wanted to take part in their nursing process.

Turbo now hangs around these kittens all the time, the poor animals are playing with and sleeping next to the dog. 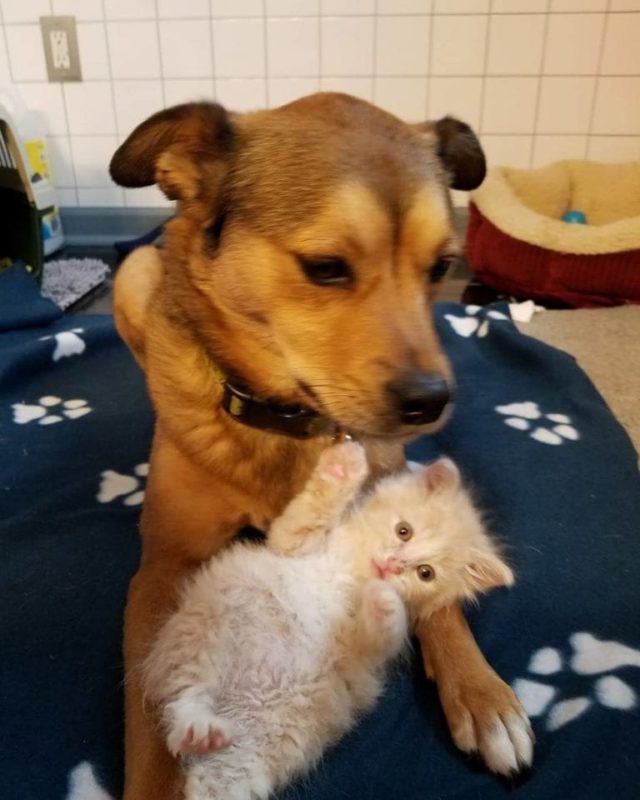 Victoria is not very surprised by this. She said that Turbo is a therapy dog and recently she and Turbo went to visit patients with Down’s syndrome.

The kittens are growing up quickly, and Victoria is already looking for permanent owners for them.