There are two primary phenomena in the life of this handsome and kind man. One is music, the other is cats. 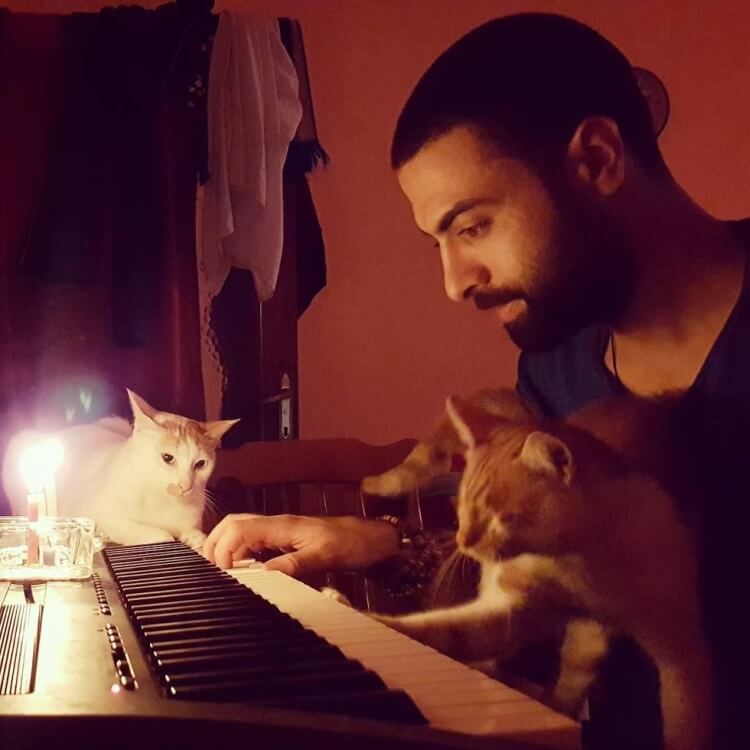 The man just goes crazy for music, and the cats are his muses.

The man’s name is Sarper, he has saved many cats from the clutches of death during his life. That’s why nine happy cats now live in his house. The cats appeared in Sarper’s house after different situations. 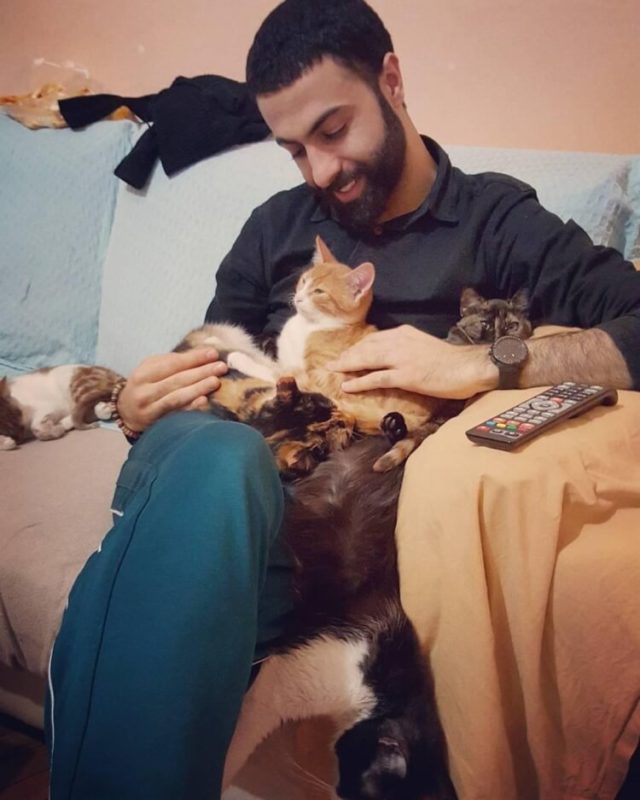 Their owner gets a lot of enthusiasm when adopting cats, and as he considers himself a master in music, he has mastered the status of “cat owner”.

Homeless, helpless, wounded cats have found their warm and comfortable apartment. They live a life that many would dream of because their owner treats them like a king or a queen.

Sarper does not have free time during the day, but in the evening he always plays with his favorite cats.

One of the cats adopted by Sarper is blind. That is why a man spends more time with him. He sits on the windowsill and the two of them hear the sound of nature.