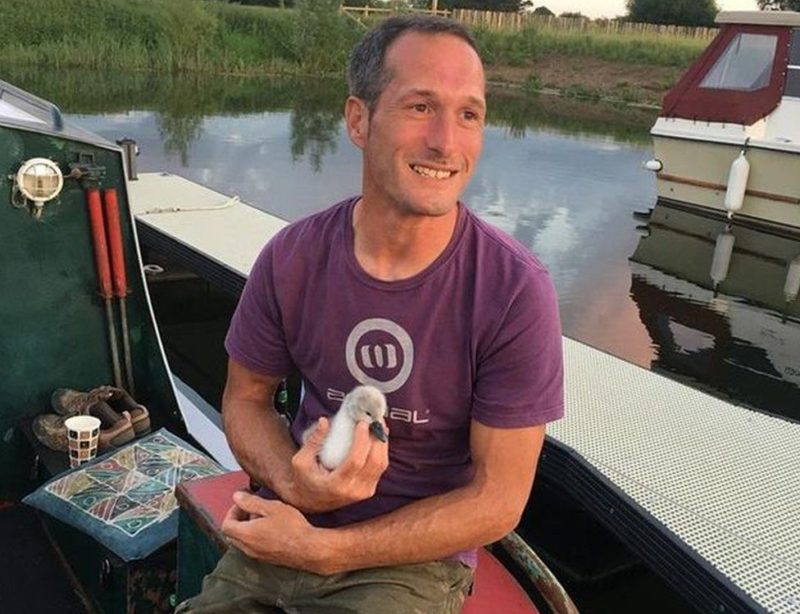 During his job at the pier, this man named Rob liked observing the daily life of swans. 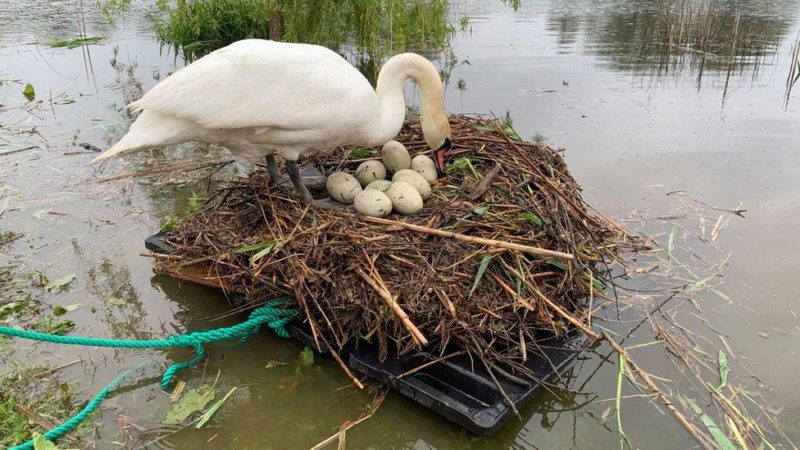 Besides, he had a chance to see them becoming parents. The nest together with the eggs could go underwater because of the unexpected flood.

What’s even worse, the little chicks often become prey for nearby predators. One time, when the river of Great Ouse was overflowed, Rob tried to help the little birds who were under the risk. 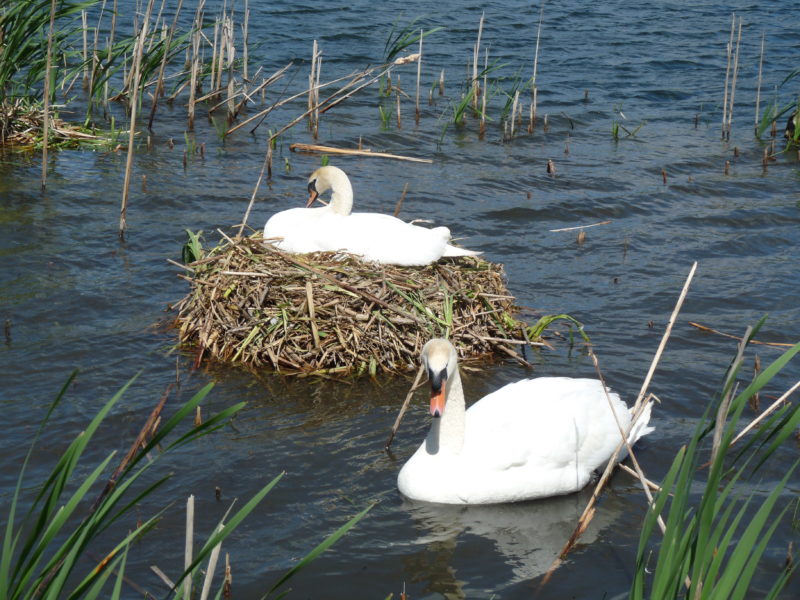 Rob remembers that that that exact moment, the water was rising so fast that the babies were at the point of death. He states that couldn’t be indifferent to that situation. So the whole night, he went on making a raft for the birds, and early in the morning, he let it into the water. It was firmly attached by an anchor.

Soon, the eggs and swan were transferred on the raft. Most of the time, these birds get really aggressive when they feel like humans are a danger to their babies.

But on the contrary, this bird r was aware that rOb was just trying to help. Days passed by, and the pictures of Rob’s heroic act were spread on the internet. Only because of Rob, the little babies are now safe and sound!