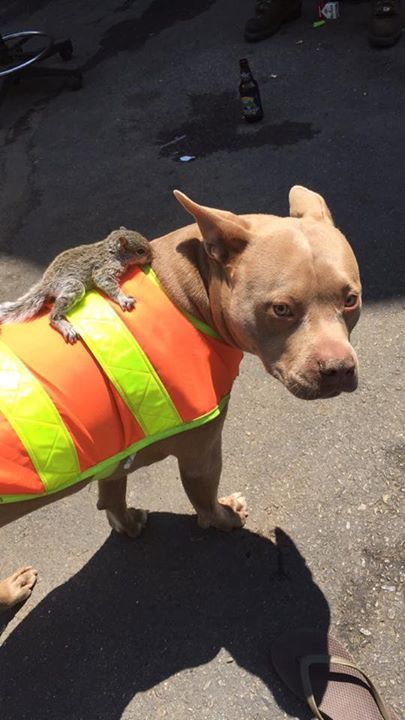 A mother’s love has no boundaries and exceptions. It is open to anyone. Animals proved that they have the strongest mother instincts that are being expressed for other species too. 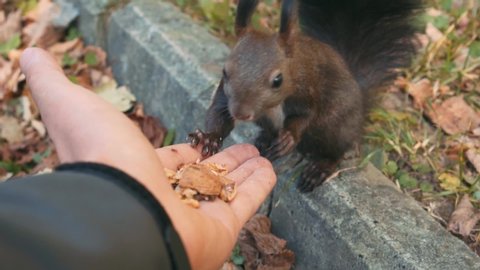 This time, a lenient relationship between a baby squirrel and a dog amazed us by its pure and protective love. A friendly Pitbull named Everly didn’t reject this little cute squirrel who was helpless.

Unfortunately, the majority of people think Pitbulls are tough and aggressive creatures, instead, they are friendly, empathetic, caring animals, who also need to feel love and attention from humans.

One day, when Everly was taken to a walk by her owner, they met a little squirrel who kept following them. Apparently, he was lost.

And right on the street, a special bond arose between them. When they arrived at their destination, Everly laid to relax from the walk, and the squirrel rushed to sit on top of him. He eventually took a nap. 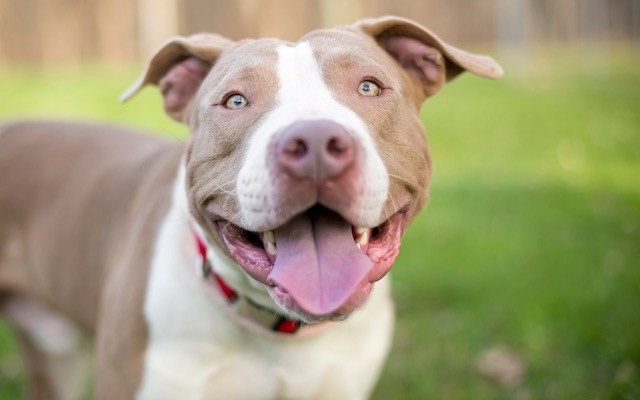 From that exact moment they were best friends and Everly was her adoptive mother. However, the baby squirrel was still a wild animal and it created some difficulties.

So Everly’s owner decided to take the squirrel to the wildlife center.

It was horrible and very hard to separate these two beautiful creatures but there was no choice, Everly had to say goodbye.