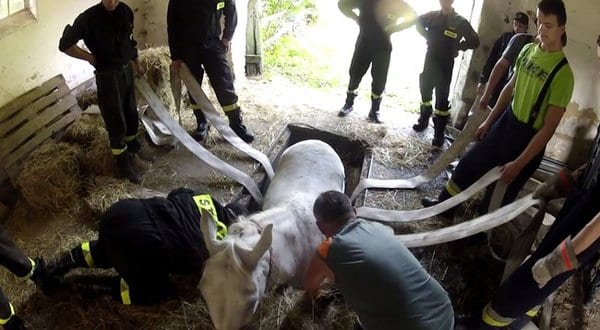 Marek Solodkowski, who is a famous horse breeder in Poland, has his horse farm, where hundreds of animals live. 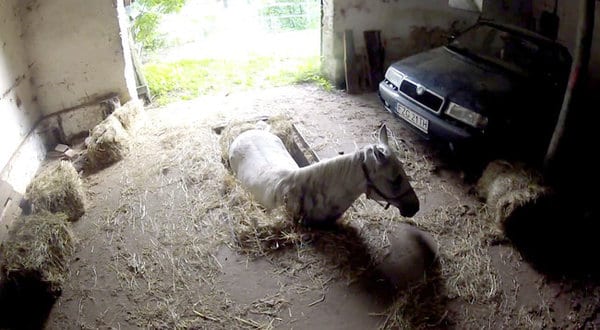 On that day, the workers did not inspect, and a horse named Svoboda went into the garage, where he fell into a pit for servicing cars.

Firstly Marek tried to free the animal himself. He threw straw into the pit, but Svoboda simply trampled it down.

Marek did his best, but he could not free the animal.

Then Marek called the fire department. But all attempts to pull the helpless animal were unsuccessful, people could not lift it.

The horse lost a lot of strength and could barely stand on its feet, but seeing how people were trying to help it, it was able to pull its front leg out of the pit.

Then they helped Svoboda to pull out another one and jump out of the trap.