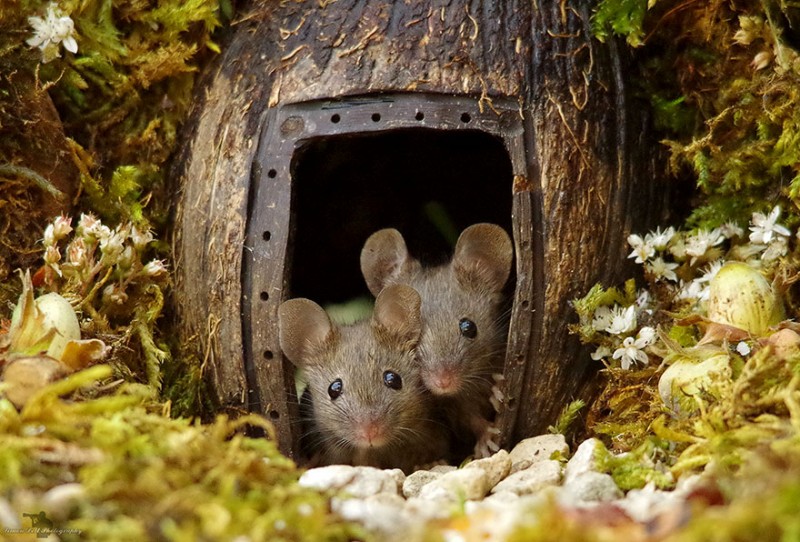 Recently, a photographer from Britain named Simon discovered that a mice family settled in his garden. 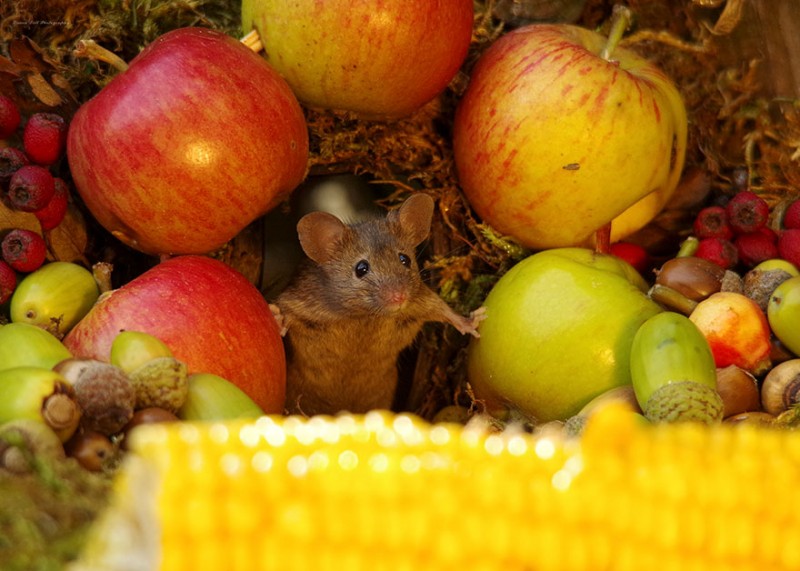 Most of the time people get scared and find ways to get rid of the small animals, but Simon was not like them. But the contrary, he even arranged a place for them and made a small town.

One time, when Simon was supposed to photograph the birds, he noticed a mouse. When he looked closely, he realized that he was in the center of the little mouse town who was standing on two legs and was looking around. The photographer was sure that in case of shooting the little one, he will get incredibly beautiful and cute photos of the mouse. 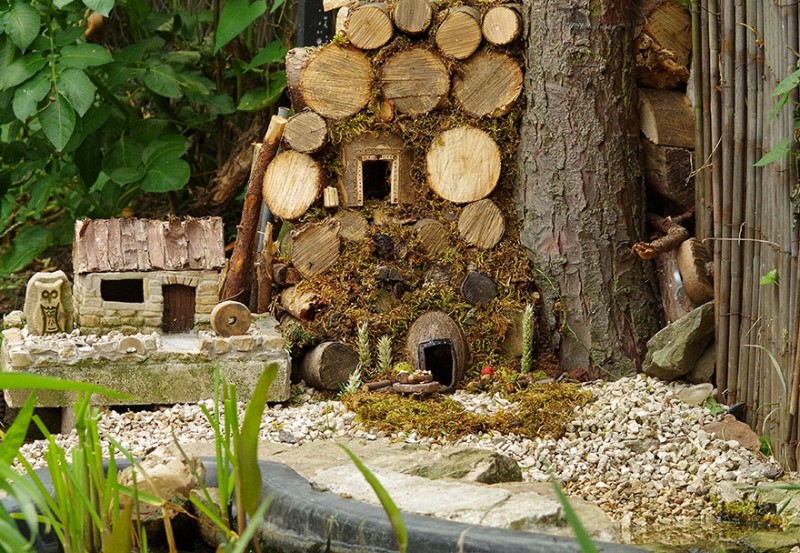 The man decided to name the first nouse George and the second one with the name of Stuart. But very soon he found out another one and realized that a whole mice family loved in his garden.

In a short time, the little town grew and more houses were built for the mice to be protected from predators.

Simon also started to give them more supplies for the winter. Overall, there are around 5 mice who live in the small town, counting the pregnant large mouse with the name of Mildred. Simon hopes that by Christmas, the little mice family will grow to a big one with new residents in it.

He also states that the mice are very comfortable around him, perhaps they don’t see a danger in him.