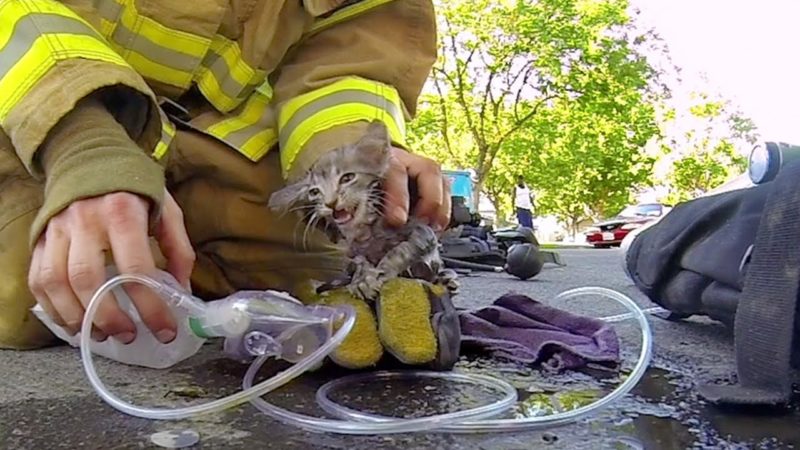 Fireman Andrei remembered that day for the rest of his life. 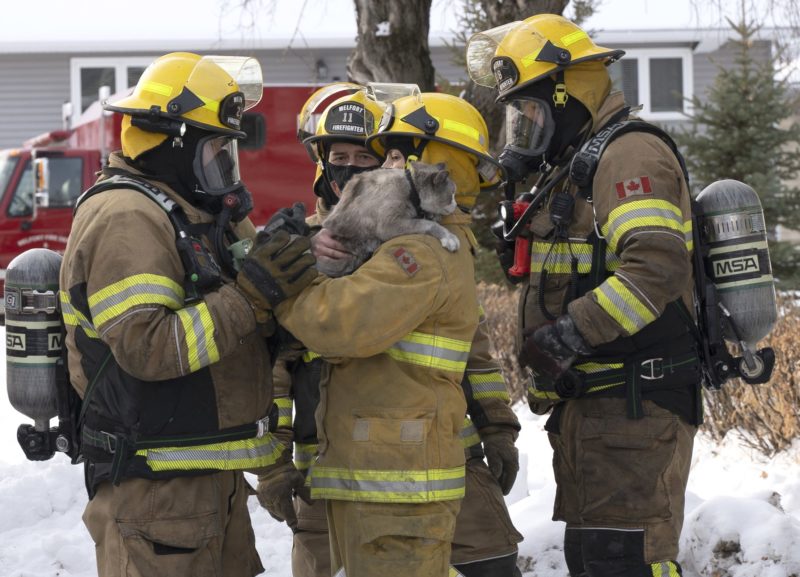 All the events that happened to him during the day were connected most incomprehensibly with the number 7.

The phone on his nightstand rang insistently at 7 a.m. on July 7th. The fire was really serious – a calculation of 7 people extinguished it for almost 7 hours. Surely, it would have taken more time, but the firefighters were greatly helped by the July downpour that began at noon.

Back to the suburban base, the firefighters were driving slowly. But literally on the 7th kilometer in the direction of the region, the car suddenly stopped. 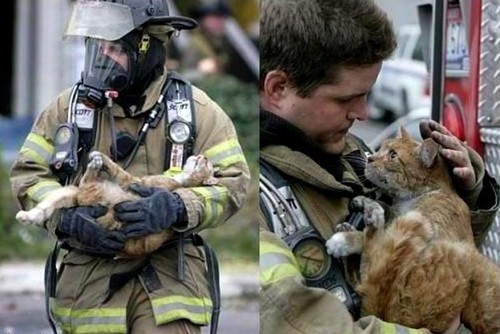 Firefighters jumped out of the unified body and saw the following picture. A cat was running along the open storm sewer ditch, meowing frantically. And in the seething water, several small kittens were floundering. And, by a mystical coincidence, there were 7 of them. The blind kids were washed into the water by the same downpour, which recently helped so much to fight the fire.

Tired guys, without hesitation, rushed to help the mother cat. They jumped into the ditch and, like fish, began to catch drowning babies from the swift water stream.

Finally, all 7 kittens lay on the shore, and 7 men stood nearby and watched the fluffy mother lick her cubs.

Already at home, standing in the shower, Andrei once again thought about how much he loved his job. Even though it is very complex and insanely dangerous, Andrei was devoted to his work.