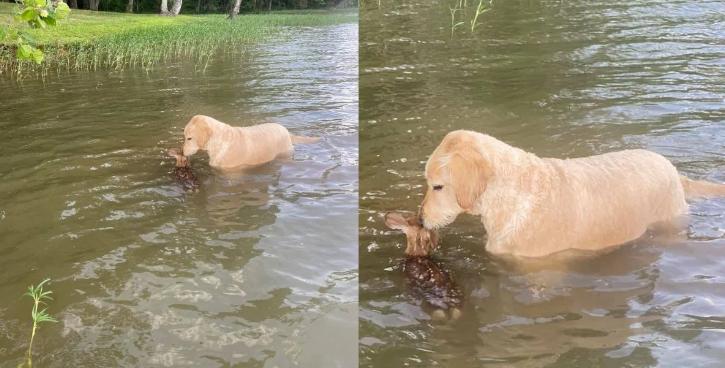 One evening, a man with the name of Ralph noticed that his beloved dog Harley was nowhere to be found. 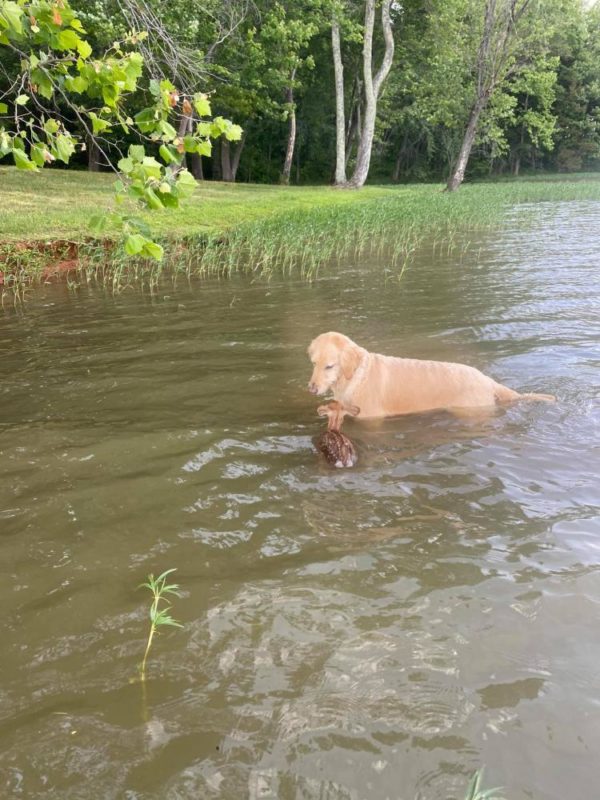 The owner went to look for him and found him in a nearby lake.

Harley swam toward the shore, pushing something small with his head. When the dog’s animal looked carefully, it turned out to be a tiny deer.

The baby deer somehow ended up in the lake and would have died if not for Harley. 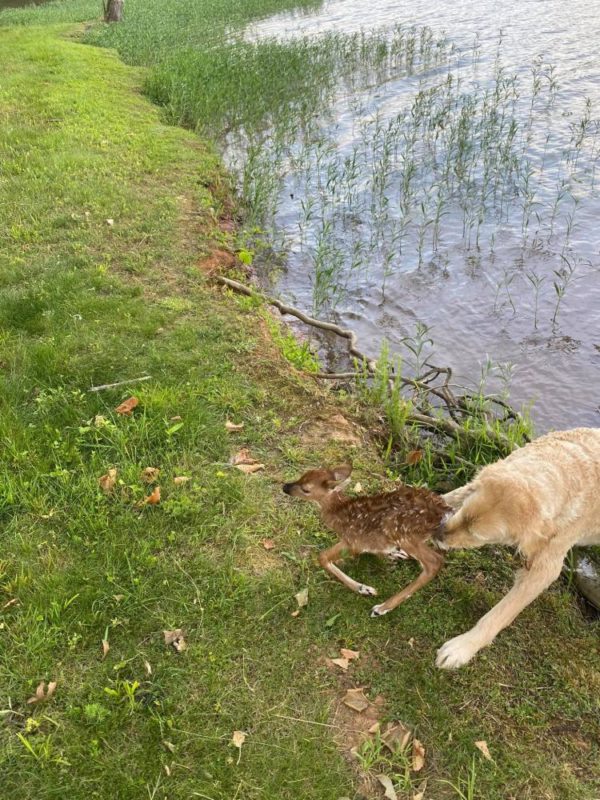 The deer’s mother would hardly have come to his aid because he was practically invisible in that area. The fact that the dog noticed him is simply a miracle.

Ralph examined the baby and did not notice any injuries. Then he released the animal into the wild. The dog did not want to part with a new friend. 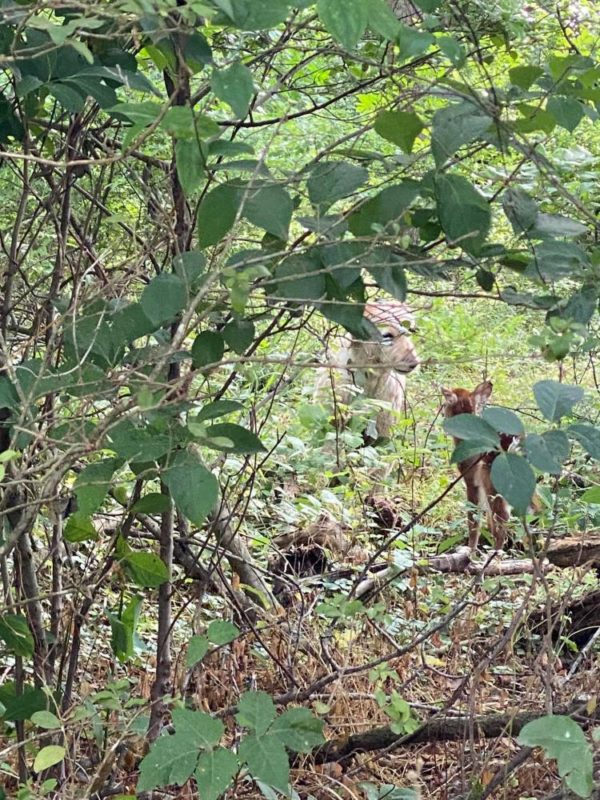 The next morning, Harley ran to the bushes next to the house, where a fawn was waiting for him.

They sniffed each other, after which the dog went into the house, and the deer ran into the forest.