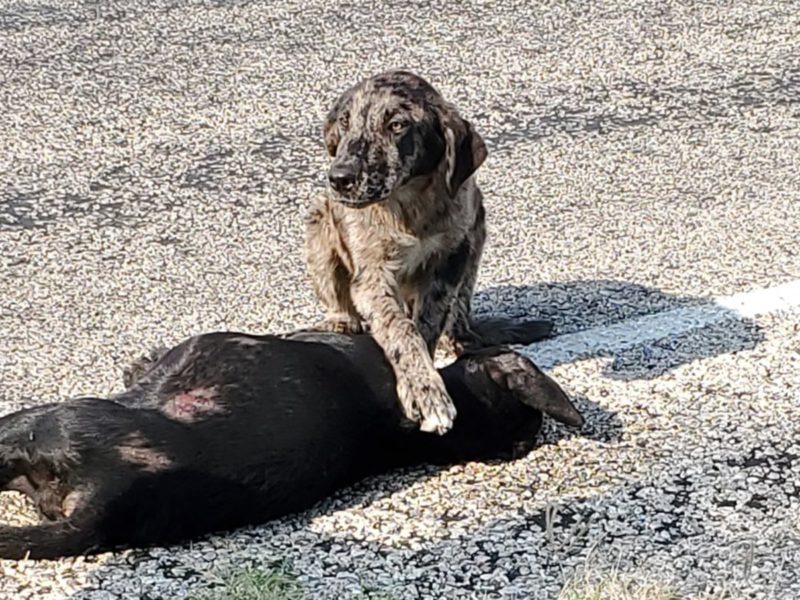 Losing someone you love is tough. In those moments people confuse all emotions, get unconsciousness, even can lose the ability to talk due to the shock. 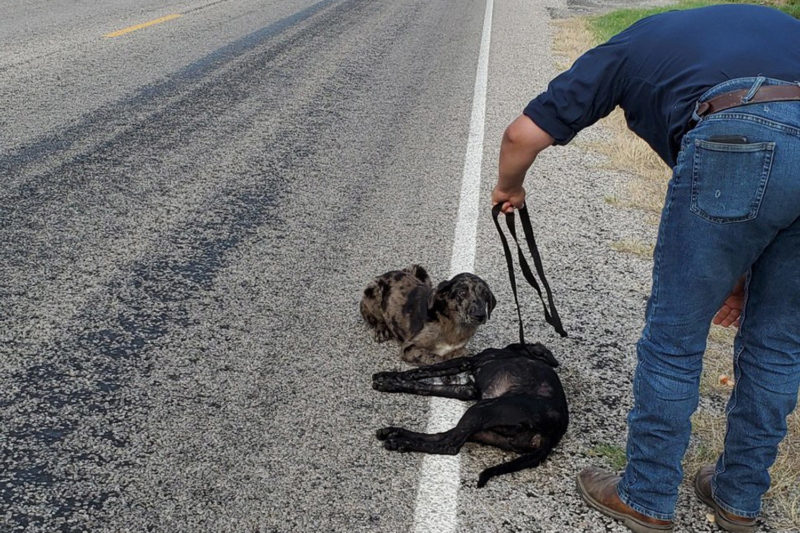 In these difficult moments, we need someone to comfort us. But this time, the poor dog handled the situation alone.

An Animal care center got a call informing about a dead dog in Texas along a road. The staff was amazed by the scene.

Another dog was sitting next to his breathless friend. Turned out, it was the brother of a dead dog. They couldn’t even approach him as the dog got angry and put his paw oner his dead sister. 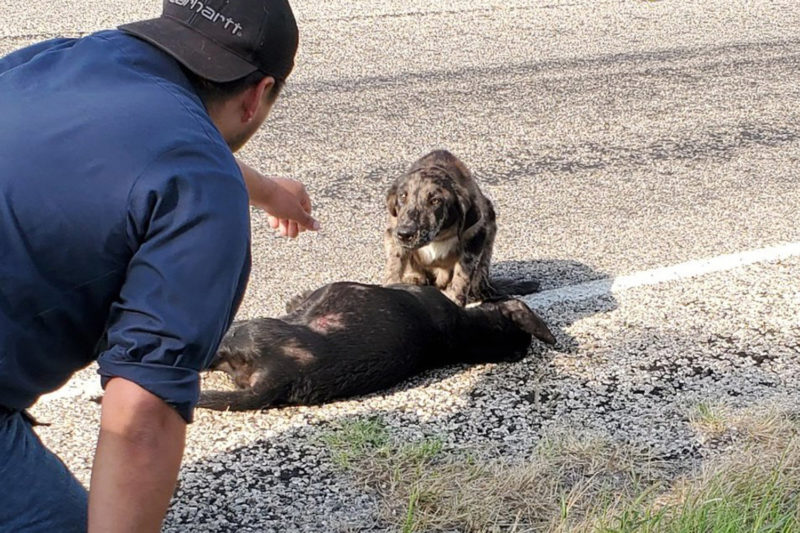 In the end, the members were able to take him and move him to a shelter. Perhaps, he was a stray dog as they couldn’t find the owners.

While convincing him to go away from the dead dog, a worker took some pictures of a touching scene and posted them on social media which quickly went viral.