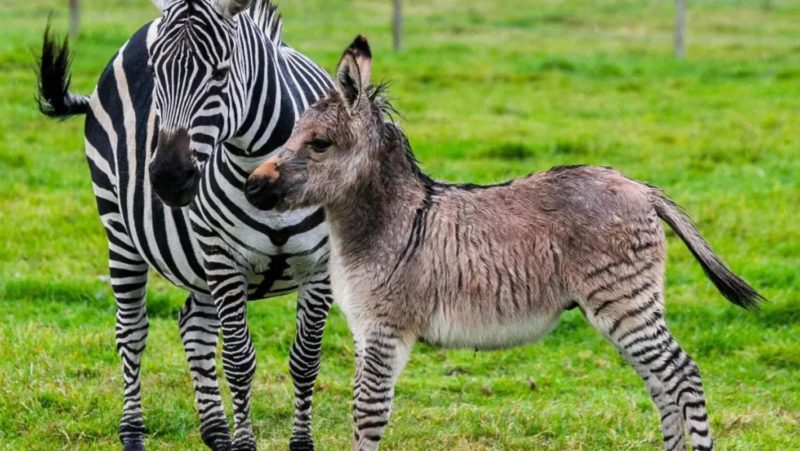 Zonkeys which are the hybrid type of zebra and donkey are considered as rare creatures in nature. 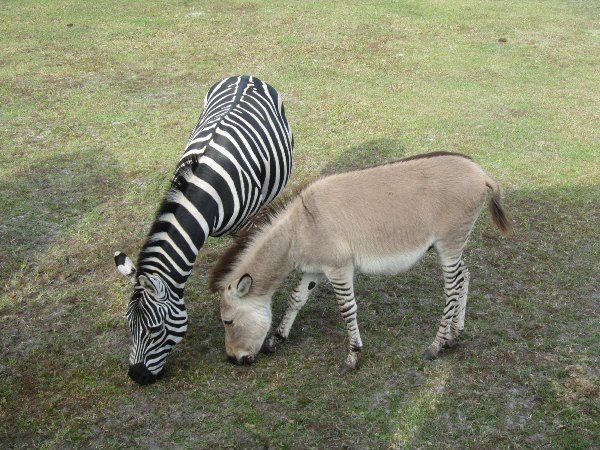 In National Park in Kenya, a zebra got lost from the herd. She soon found a suitable place on a farm and stayed awhile with cows and other local animals.

A Wildlife Trust staff decided to transfer her to another location near the wildlife.

But the workers started to notice a strange thing. Sometimes she would come back to the farm, and one day, she came out of it with a cub. 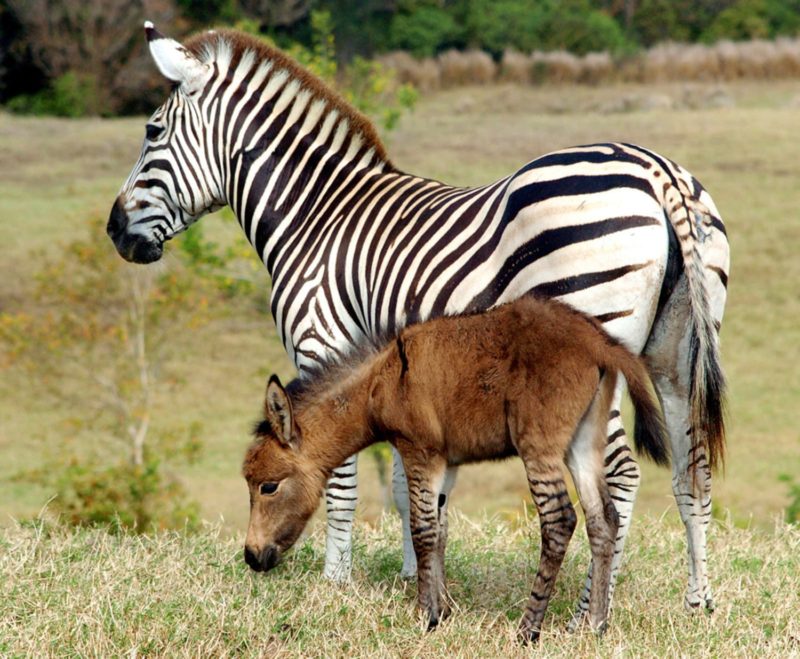 It is known that the cubs of this animal are born with slight stripes, which later turn into black and white lines. But this one looked very strange as it had stripes only on his legs. Turned out, it was and donkey and zebra!

Probably she got into a romantic relationship with one of the donkeys on the farm and got pregnant. What a witty one!

Despite the hybrid type, the little cub felt well and looked healthy. Soon the extraordinary cub became the local star.

For now, zebra and her baby live nearby the farm. Seems like she refuses to leave the farm. Maybe, this is true love?