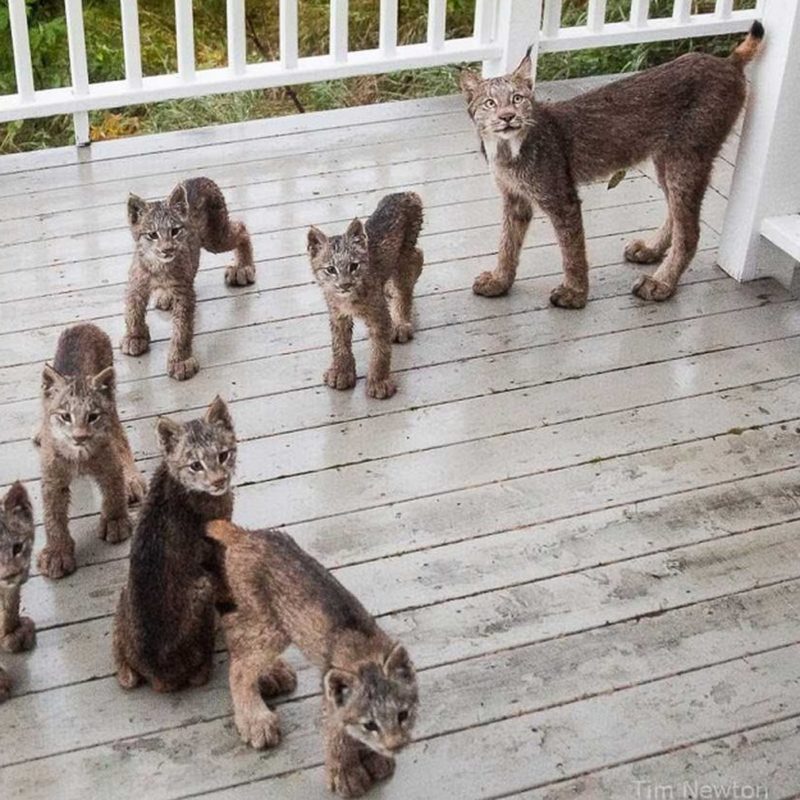 Every single thing can happen while we are sleeping. Especially when we are living next to a forest full of wild animals. 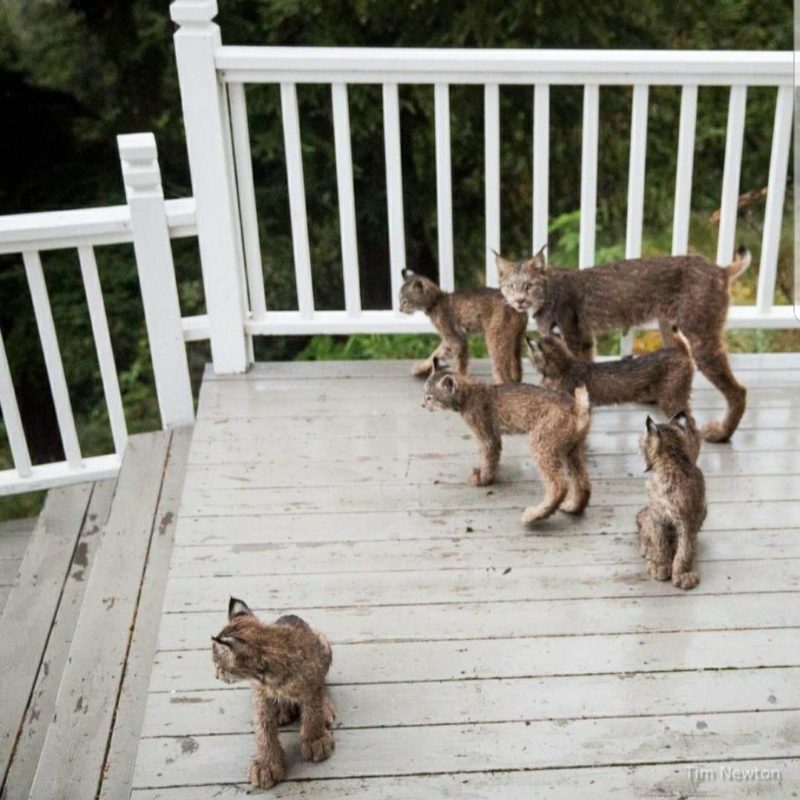 The case took place in Alaska. A man named Tom was living in his big and comfortable house, until one day he figured out an unbelievable and super extraordinary vision.

That remarkable day Tom was awakened by strange and unusual voices. At first minutes nothing was clear for him, but when he put on his bathrobe he saw a whole family of lynx kittens. 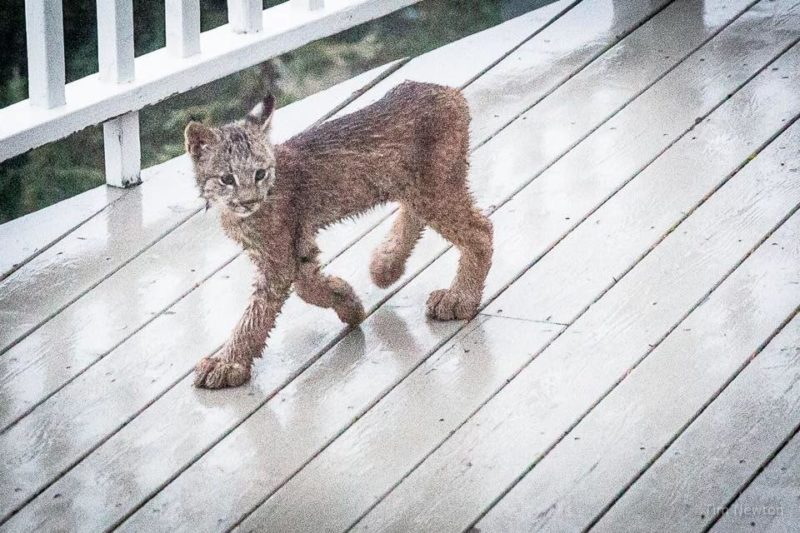 They were having a party of sorts atop Tom’s deck, chasing each other. Tom immediately took his camera and pictured them. He was gobsmacked to see a full lynx family right on his deck. Realizing how fierce were the kittens he gained huge respect toward their mother. No one of these lynx kittens noticed them being pictured. After this successful photoshoot the mother lynx rounded up her children and they marched to the forest.

Tom shared their pictures on the social network to show everyone the distinguished party of the lynx family. That day will never go out of Tom’s memory.