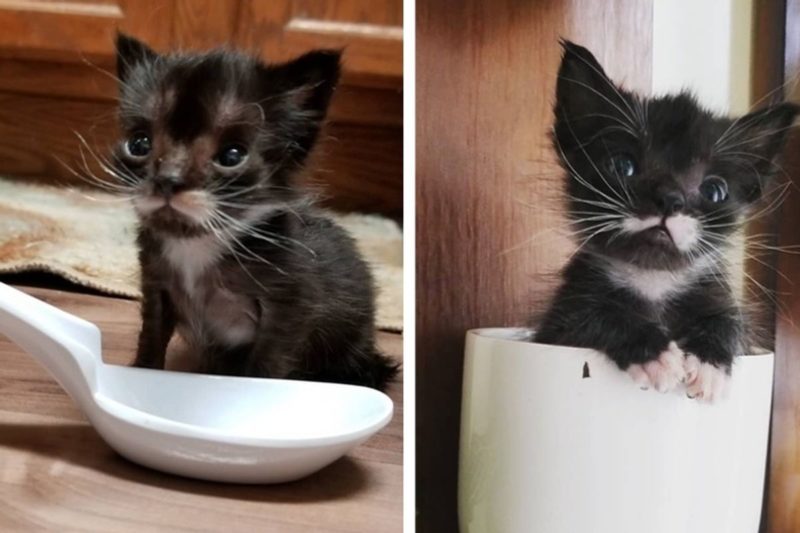 The tiny kitten with the name of Francis was born in the street, on a cold rainy day. 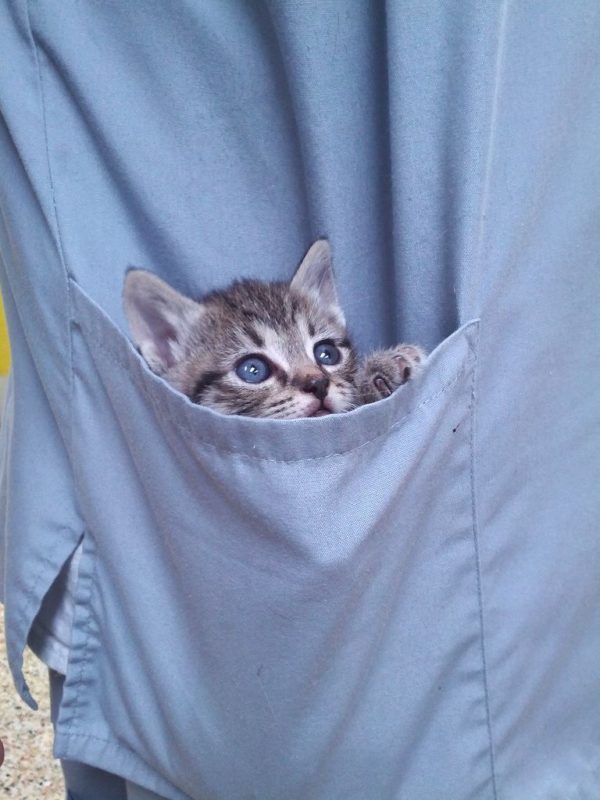 He would have no chance to live if he was not found by a clever and knowledgeable doctor.The doctor tried her best to save the baby’s life, but as he was smaller than a tablespoon, her work became harder and harder.

To give this animal a second life she had to take him home with her because she thought the baby would die in the hospital without her. 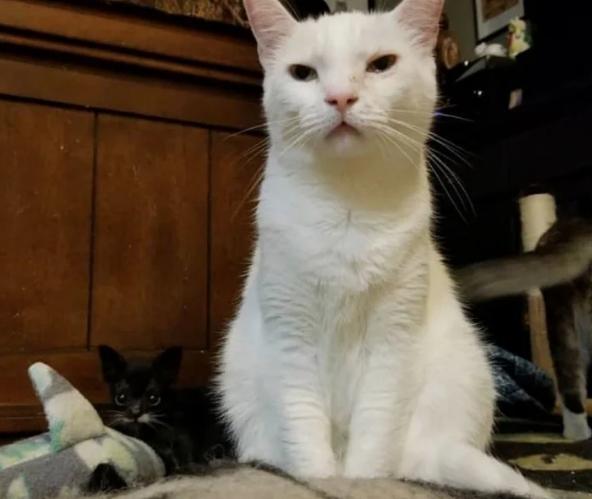 As the doctor was fond of animals she had also a few cats at her home. It turned out that the doctor’s other animals are very friendly. They welcomed Francis warmly and kindly and became forever friends. The kind-hearted doctor continued the medical treatments at home, and even she took the kitten with her to work for not living him alone. During her working hours, she kept him in the pocket of her medical uniform.

Francis was taught to eat politely from a tray, to drink water, and all other rules of behavior.

He became a small, decent, spoon-sized kitten who would never grow, due to the absence of growth hormones.

The little animal can also be a perfect example of spiritual courage and power.

Thanks to his owner he overcame all ups and downs and became a happy and playful animal.