The little beaver still has a lot to learn before being released into the wild. But he is already showing great promise, delighting his savior with huge pyramids of her things. 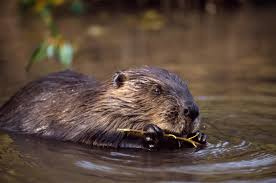 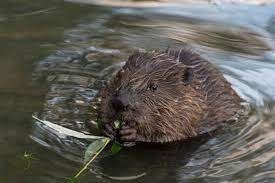 A beaver named Biv was left alone early. At the age of three weeks, he was found on the side of the road and handed over to an experienced wildlife rehabilitation specialist. Nancy – that’s the name of the woman – runs a channel on Youtube and TikTok, where she posts funny and touching videos with her new ward. According to her, beavers are very different from other animals with which she had to work. If with the rest she managed to behave aloofly so as not to develop dependence on a person, then with Biv everything is different: he is an absolutely tame pet that requires a lot of attention and affection!

In the wild, beavers stay with their parents for up to two years. During this time, adults manage to teach them all the necessary skills for independent living. Since Beav was orphaned as soon as he was born, the responsibility for training and raising the beaver fell on the shoulders of Nancy. The baby came to her at a very young age, so the woman had to feed him from a bottle, and then, by her own example, teach him to eat solid food.

Recently, he figured out how to build a dam, and decided to practice at Nancy’s house, using everything that comes to hand, that is, under the paw.

The industrious little beaver began to search for and demolish various household items in one place: rags, brushes, bottles of cosmetics, pillows and even a shoe dryer. He carefully piled them on top of each other, forming a dam, so that by the end of the evening the doorway was closed by a third. Nancy was ready for a mess – what else to expect when you agree to take home a beaver? But the dam nevertheless decided to dismantle. However, Beav did not lose his head and rebuilt it the next evening. This game has been repeated for several days now – Nancy puts things back in place, and Biv brings them back. And the woman only rejoices at such perseverance of her ward – although there is still a year and a half left before returning to the wild, Biv seems to be ready for a lot.