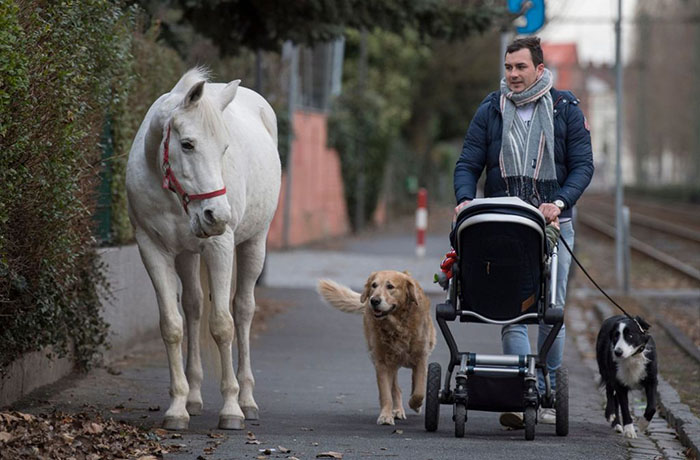 In Germany, a glorious Arabian white horse always goes for a daily walk. She knows the route very well. 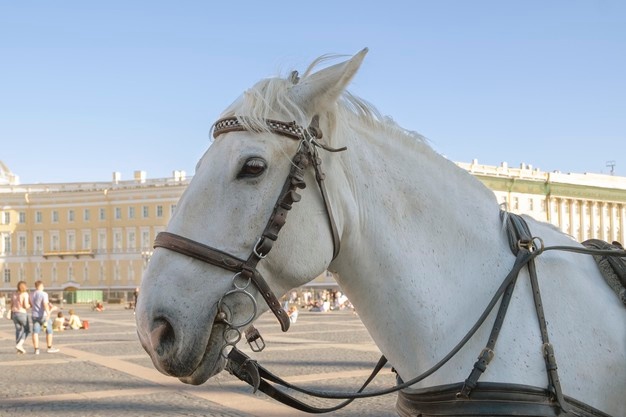 Her name is Jenny who is a twenty-five years old horse, she was always taken to walk by her owner who unfortunately passed away more then ten years ago.

This sensitive animal always has her daily walk around the city. Initially, she used to be a member of a horse caravan led by her owner with the name of Werner. He was an elderly man at the time of his death. What’s more, Jenny also lost her friend mare.

However, Warner’s wife started to accompany the horse in the same route his husband used to. But later on, the woman realized that Jenny could handle the walk by herself. 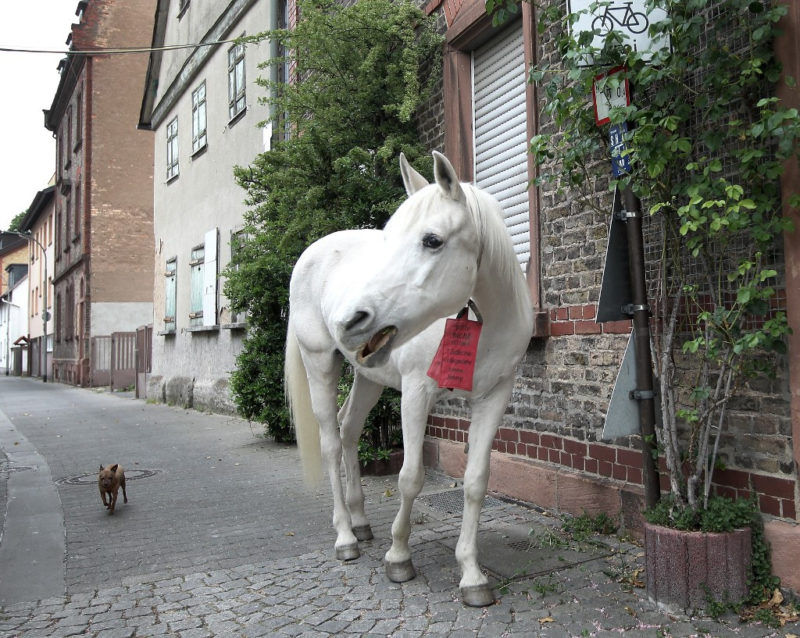 Soon, the loyal animal began to go for walks through the city. She knew every part of the city quite well, as she memorized all the streets during the rides with her beloved owner. Some people sometimes got scared of the horse, they thought that she might be dangerous.

Anyway, Jenny keeps calm and confident and acts like she is one of the pedestrians. Warner’s wife even talked to the law enforcement of Frankfurt to be ensured that the loyal animal is safe around the people.

Eventually, it is already fifteen years that the horse walks confidently and safely around the city.

She even became famous in her city.

Many people love and stop to greet the horse with respect and care, some of them even feed her. After a while, even those who lived outside of Frankfurt got to know her. They were amazed and excited to see her walking so calmly among the citizens.