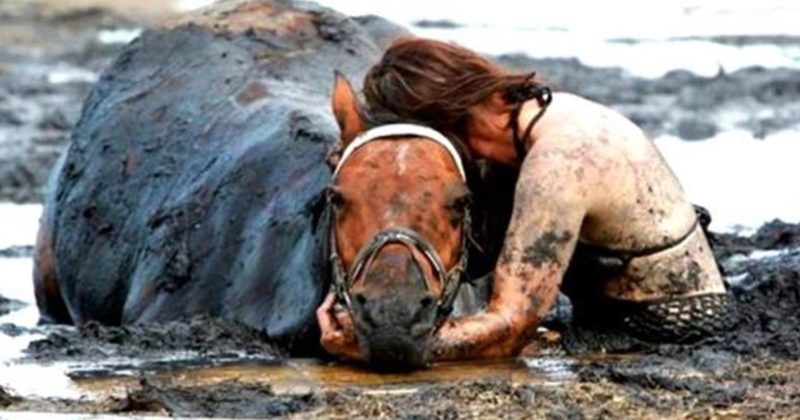 As always, a woman named Nicole was having a walk with her horse on the road. Everything went well, and the weather was nice. 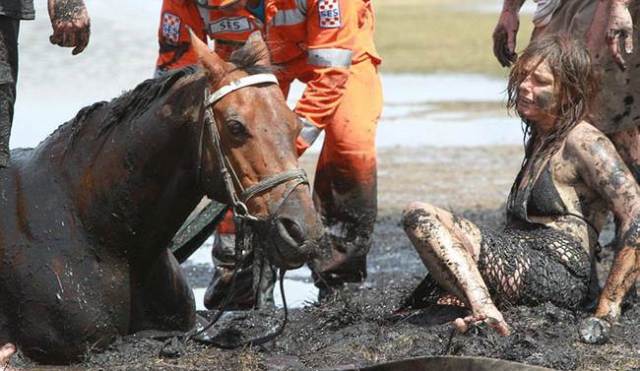 But unexpectedly the horse fell into the dreadful swamp. Nicole quickly got off the horse and started to help him but all was in vain, the horse weighed more then five hundred kg. He couldn’t even move.

The poor animal was scared and the swamp was sucking him quickly. 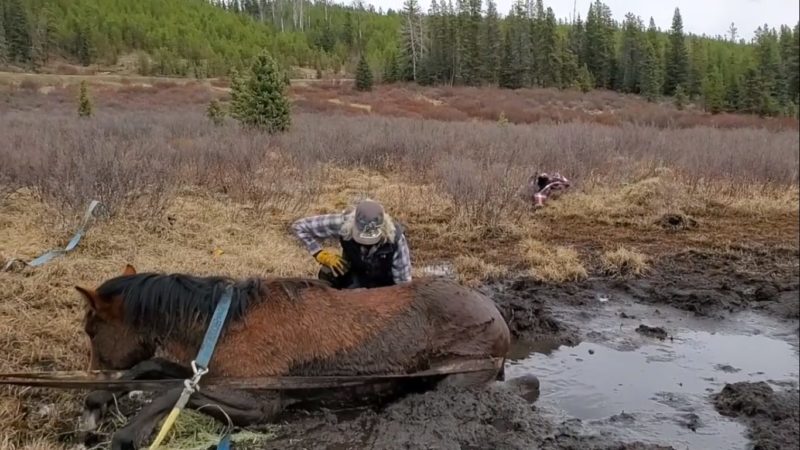 The woman was in a desperate situation, she was unable to help her beloved animal. The only thing he could do is to keep the moth and head of the horse up so that he wouldn’t be choked in the mud. Nicole kept him as long as she could. ven though the horse was very heavy.

For over three hours Nicole fought for her animal. But soon, they saw a local resident so the man immediately called the rescuers.

Finally, the help arrived and pulled the horse out with the help of the team and a tractor. The owner and the animal were very exhausted and weak. Not to say about the stress they experienced.

This touching story shows that only due to the loyal and loving owner the animal survived.