One time, a stray cat during a severe cold stood under the fire station window, hoping that anyone would let her in and help. 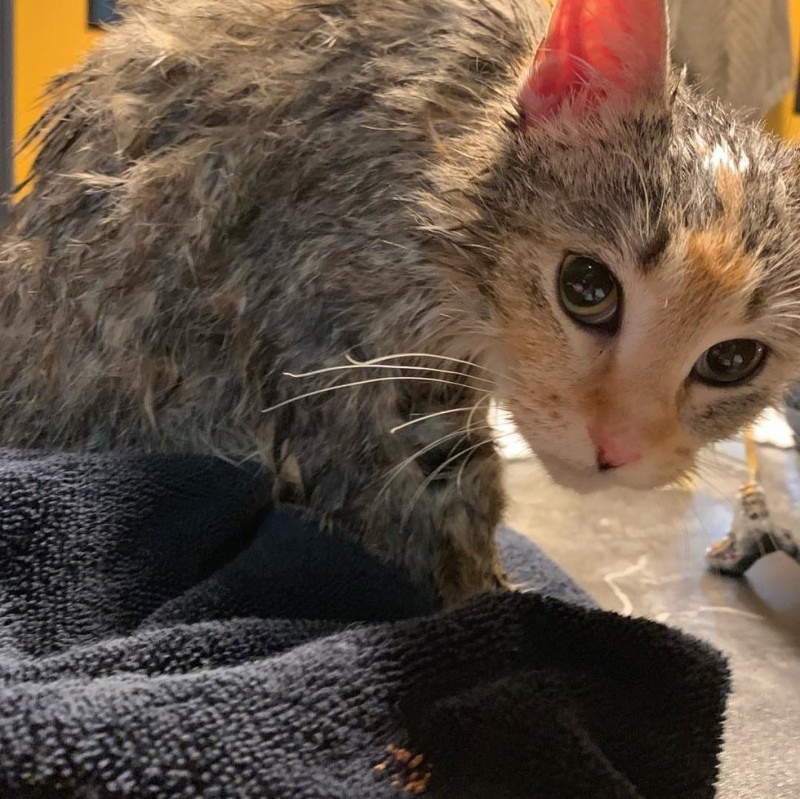 When one of the attendants was walking by the station he saw the freezing cat standing outside the window. One of the firefighters came out and the cat helplessly rushed straight to him.

Apparently, she had nowhere to go, so the workers let the poor car in. They were worried that the animal would freeze because of the frost.

Turned out she was very exhausted and hungry. 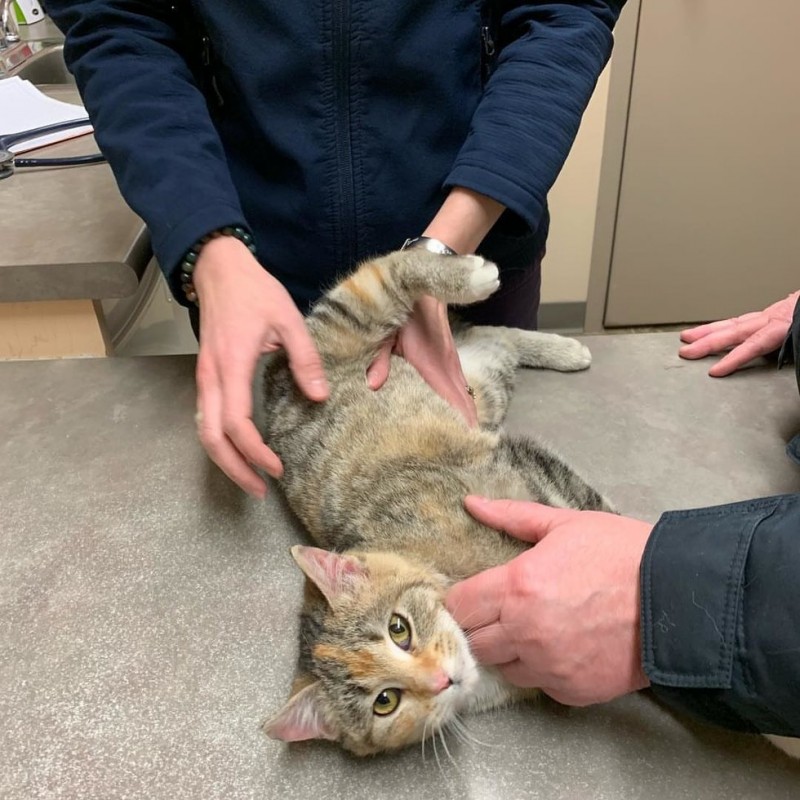 The leader namdKelvin already had experience petting cats at home, so he suggested taking her to his home. He named her amber and soon took her to the veterinary clinic for a quick examination. The man also managed to post the pictures on facebook hoping that someone would reach out saying that she is their cat, but got no response. So again she was taken to the vet where she got vaccinated. Turned out she had ear mites, so the vet took care of her and started the healing process.

Eventually, Kevin reshared the photos for anyone who would like to adopt her, and finally, someone gave a positive response willing to adopt the cute cat.