An animal welfare worker witnessed puppy abuse. He was very lucky to have her by his side that night. 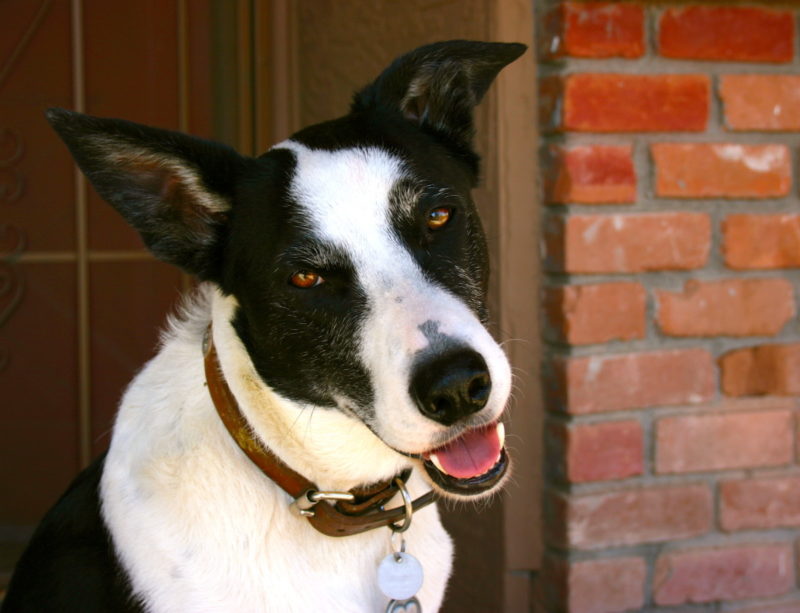 A volunter fromthe nonprofit organizaton Mission Pawsible, which helps stray dogs, was driving along the bridge at night, when suddenly the driver of a motorcycle passing by threw a bag with a small puppy onto the road. The poor fellow miraculously survived, making his way through the stream of cars, reached the bridge fence and huddled in a corner.

Prue – that was the name of a random witness – immediately stopped and went to the puppy. He appeared to be no more than three months old. He was trembling all over, and when he saw the approaching man, he screamed loudly.

The dog did not allow to be touched and continud toscream heartrendingly, and the volunteer tried to establish contact with the help of lasagna, which she carried with her.

The puppy could not resist the treat and ate a little. After dinner, the dog relaxed, and the girl began to gently stroke her hand. At some point, the puppy raised its paw, as if to say, “I’m ready. You can take me in your arms.”

The volunteer took the foundling to the car, but did not know what to do with him next. All veterinary clinics were already closed, and three more dogs were waiting for her at home. Prue decided to ask a friend to look after the puppy – and so he found a temporary home, where he spent several months.

During this time, the dog learned to trust people again, became active and cheerful as it should be for a small puppy. Soon Prue managed to find her a new mistress – Maria. Ellie – that was the name of the dog – now lives in Bali. She has everything that homeless animals can only dream of.

In the new house she was surrounded by love and care. She goes to the beach every day and fools around on the green lawn with Maria’s other pet. Ellie’s life could have ended as soon as it began if Prue hadn’t happened to be in the right place at the right time.