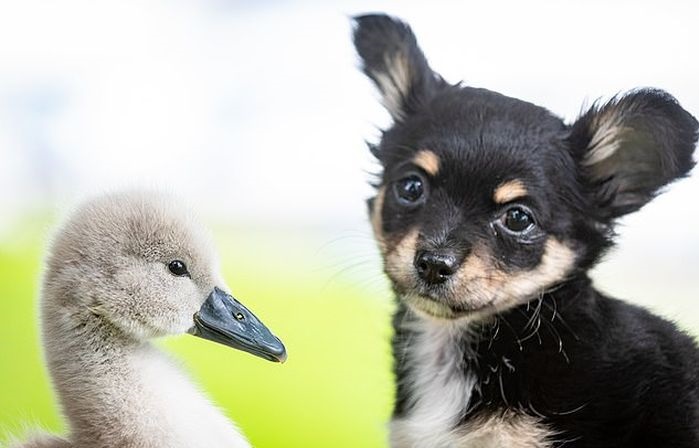 A passionate young man Rob was obsessed with his work, until one day he found a bizarre silver-gray animal, who was looking like a little duck. 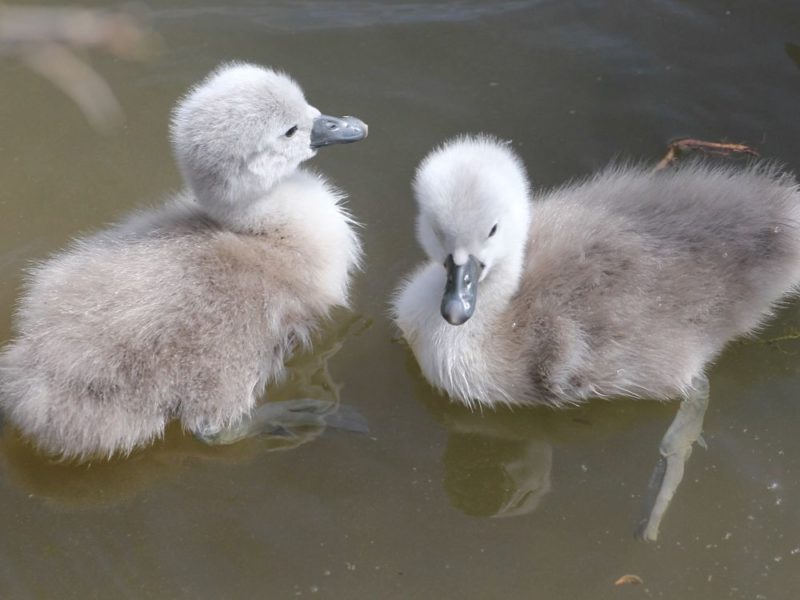 Life had played a cruel game with this baby leaving him all alone in the middle of the garden. Later on, when Rob took him to the nurse at the infirmary it became clear that the baby animal was wounded and injured. For his future life, he needs stable treatment․ And now, can you imagine how high humane qualities must have a man for taking the role of this animals both mother and father. 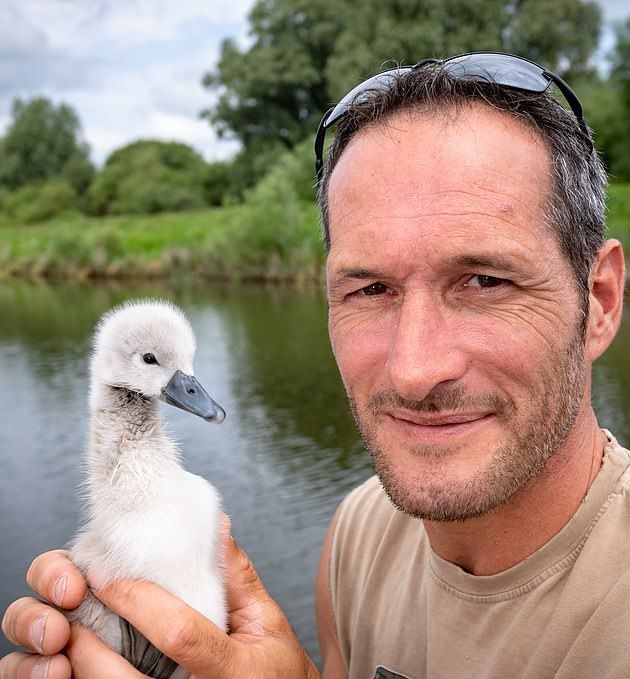 This guy fed him even during his working rush hours, as he carry him everywhere went. The little fluffy lump was so much connected with his owner, that he missed him every time.

Tiny duck played with all domestic animals. And when he felt better, Rob decided not to play with this creature’s fate and gave him to pets rights activists.

As these people later said, the animal wasn’t a duck, it appeared to be a swan, who chose to be a domestic pet. The young owner gave him the name Sydney. And how Sydney has not only a name but also a close friend- dog Chihua.

Perhaps this was the swan’s destiny, about which he could never imagine and desire.