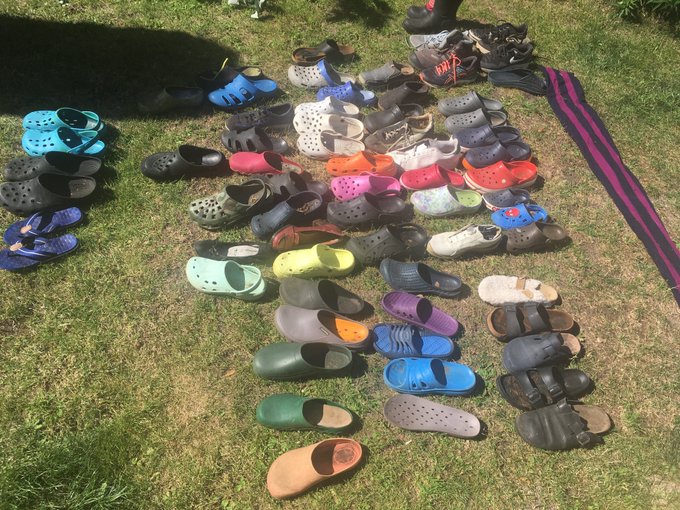 The perpetrator was discovered through surveillance. Gotcha, redhead! Residents of the Zehlendorf district, located in the southeast of Berlin, faced an unexpected problem – an unknown thief stole more than a hundred pairs of shoes from the terraces of their houses, Fox News reports. Among the victims was Christian Mayer, who lost slippers, sandals and one sneaker. The resident spoke about the crime on the local classifieds site, and it turned out that there were several dozen people like him. 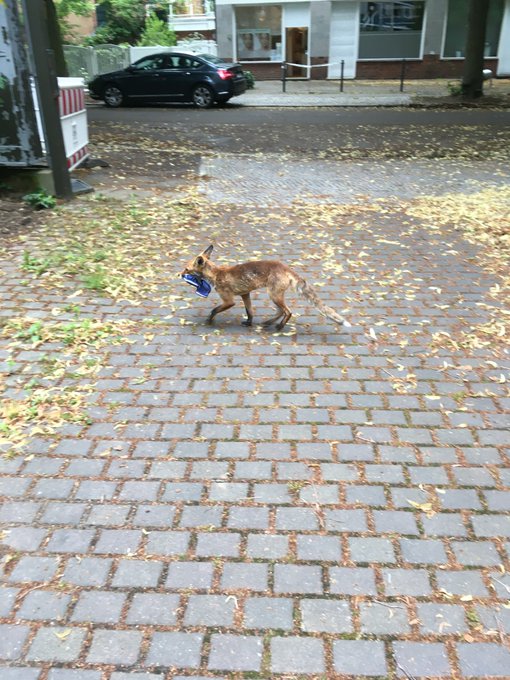 Mayer became interested in this case, and he began his own investigation of what happenned. He regularly went around the area, hoping to catch the thief red-handed. And he succeeded – two weeks after the loss of his things, he noticed a running fox with multi-colored slippers in his teeth on one of the streets.

The man began to follow the naughty woman in the forest, and she herself led him to the hiding place. According to Christian, he had to crawl through the thicket for an hour. He scratched his legs and arms, but was able to get to the “warehouse” with the missing shoes. He did not find his sneaker, but he was able to help some residents return the stolen shoes, becoming a local hero.