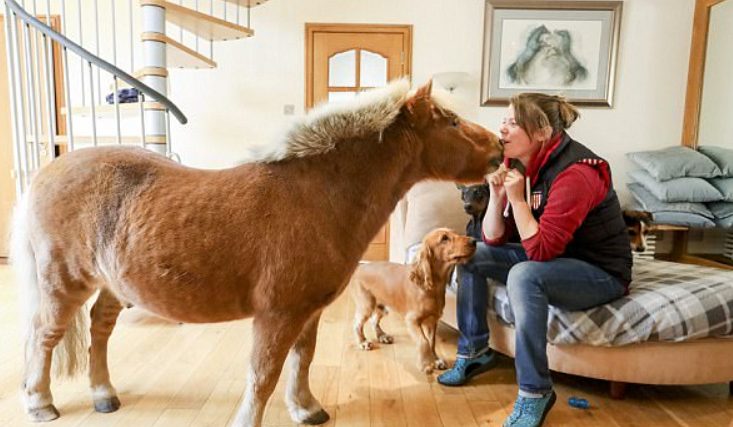 Look at the pony who inhabits in Scotland as a domestic animal. 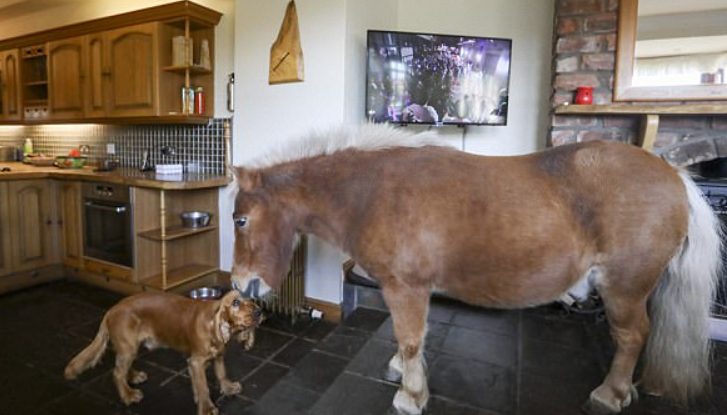 Its early companions were pets and it was learning from them. The holder of the pony, Stacey who is 26 years old said that the animal knew how to unlock the door and at nights enters the house and sits in front of fire with humans.

The family members are also used to it when it can come in and have a walk in the house.

It can bring magazines and gives an apple. When Bob found a way to open the door of the closet and reached to the fruits the familiars hide them in order it was not able to find and eat the fruits.

When knowing that it is not easy to get to the apples the pony decided to search for them everywhere. 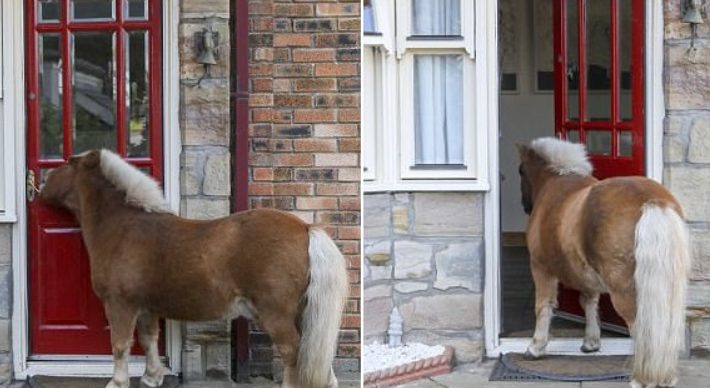 For example it can run to the tree and push the take the falling fruits. Stacey said that the animal is like one of the house dogs.

It inhabits with them and supposes that it is also a pet and wants behave the same way as they do. The clever animal even is fond of TV and different kind of shows. It can watch jumping animals and that is interesting for it.