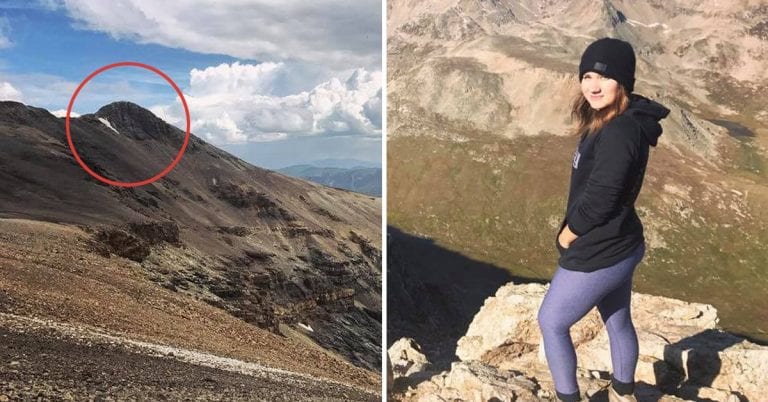 Spouses Larry and Anouk live in the small village of Alma. 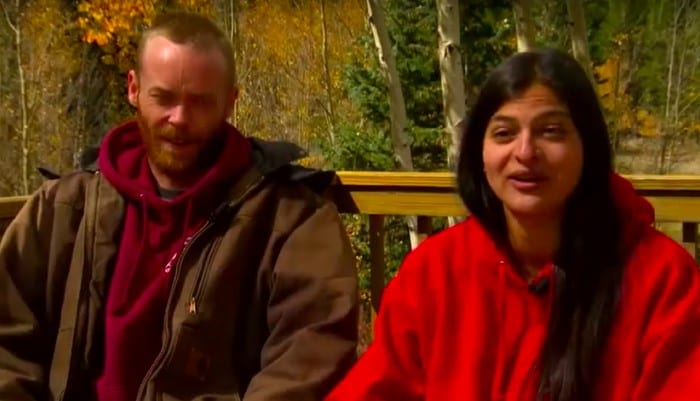 They love nature and often make forays into the mountains. They were always accompanied by Chloe. This animal was a mix of pit bull and Labrador.

Although dog Chloe wasn’t young, but she used to be the most active and funny animal ever.

But one time Chloe got lost. The couple searched for her for the rest of the day, and the next day they turned to the locals for help.

A month later, the couple stopped the search, considering the dog dead – they did not believe that the old dog could remain alive in the mountains for so long.

Another married couple Trinity and Sean became interested in mountaineering and came to the mountains to climb. Climbing up the mountainside, they heard a dog barking. But as it was already evening the couple could not find the animal. 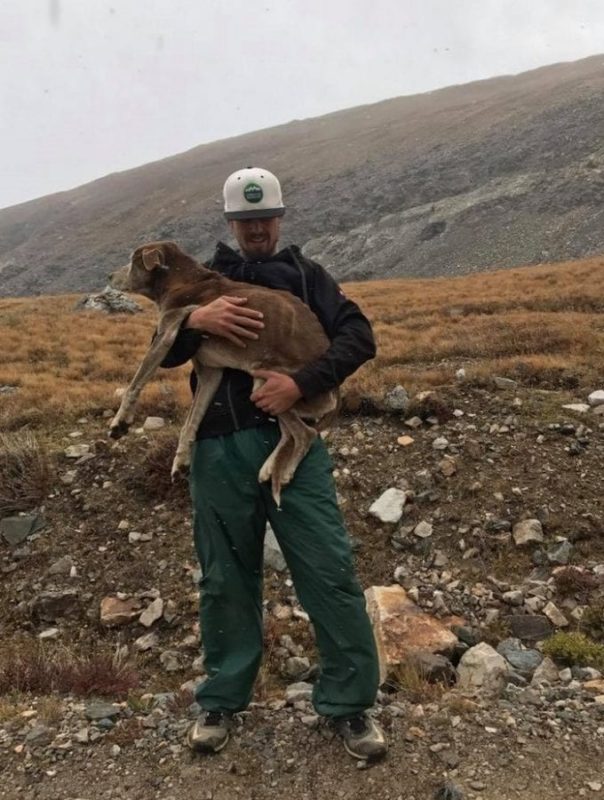 The young people returned to this place the next morning and they saw an emaciated dog. How she survived without food and water on such a stone patch is unknown.

Sean managed to get downstairs and pull Chloe out. From residents, they learned about the owners and brought them back their pet. The owners just could not believe that their beloved animal was saved and sound.