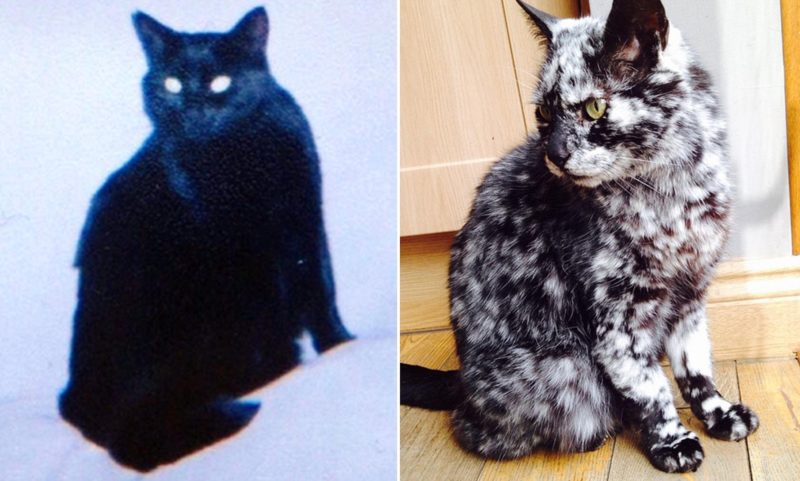 David had no idea that his adopted cat would soon change his color. 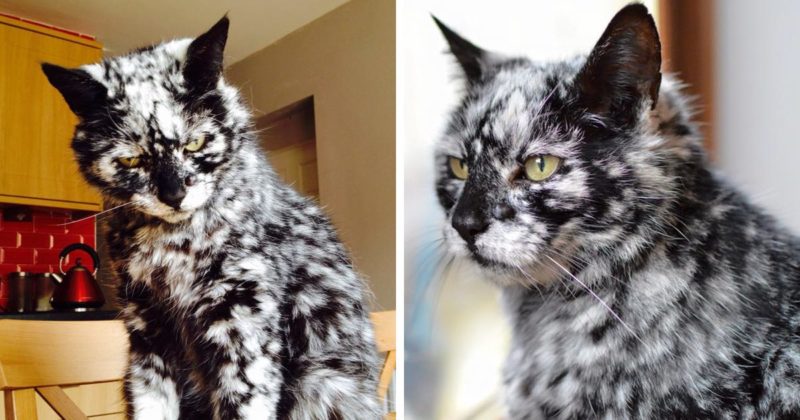 Due to an old superstition, black cats have a lower probability of adoption. This was the main reason that David took this animal to his house for breaking the ingrained imaginations about cats colored in this color. The man gave the cat Scrappy a name.

Eventually, it turned out that Scrappy was a very lively and mischievous animal. That fact forced David to fall head over heels in love with his new kitten.

Days, weeks, years passed․․․ And one day the owner figured out that his loyal cat had changed his color. He took the cat to a vet immediately for knowing the reason for this transformation.

After this visit, it became clear that the animal has a disease called vitiligo. It is a skin condition, during which people or animals lose the pigment in patches. It is not life-threatening and the result of this condition is white or colorless patches in the skin.

Once this cat was all in black, and now he is black with white spots on him. The animal is already twenty years old and he is living happily with the appearance of being covered in frost.

We are sending our gratitude words to David, who did not pay attention to the common thought about the black cat’s “bad luck” and helped the cat to find a happy forever home.