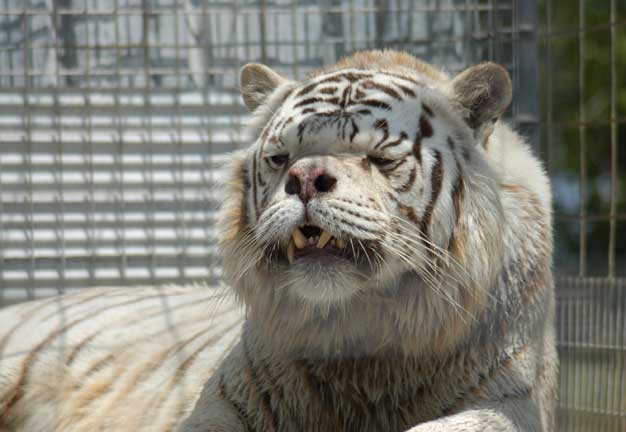 This story is about a white tiger with the name of Kenny, who suffered from down syndrome and died in 2008. But this case caught everyone’s attention regarding the ethics of the breedingindustry of exoticanimals. 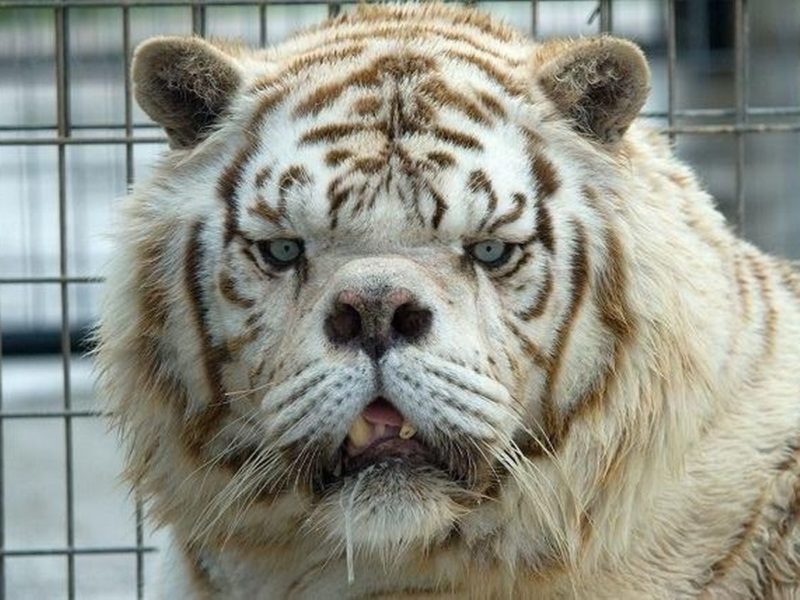 These species are extremely rare and don’t exist in wildlife, as they are can be replicatedby breeding. They are the result of a genetic defect.

And that same gene that makes the animal’s coat white also has a serious effect on the brain, that’s why many white tigers suffer from numerous disabilities or disorders. 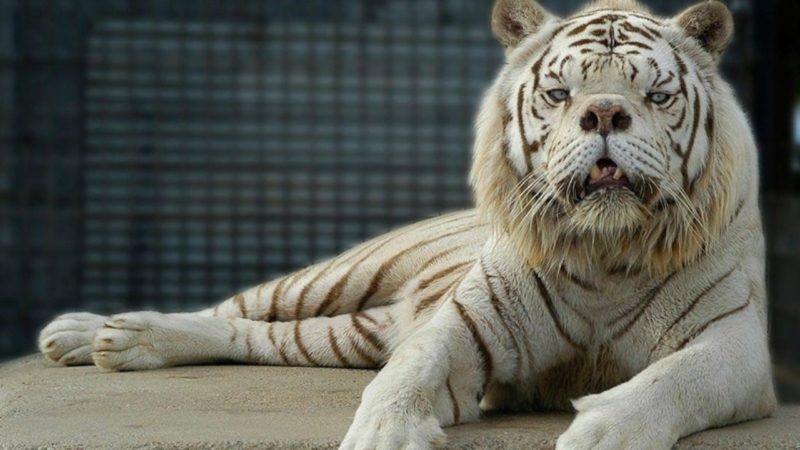 So Kenny was specifically inbred by a tiger breeder in US. ” Both of his parents carried the gene for whiteness. This means that unfortunately, the tiger acquired double genes from both of them, which caused multiple defects in his body, including Down syndrome.

It is suggested that Kenny is the first white tiger to be born with such a disorder, however, as long as there are a lot of private breeders who continue producing these species, he wouldn’t be the last one.

Hopefully, Kenny’s story will put an end to all the strange breeding groups which give no good but suffering to these poor animals.